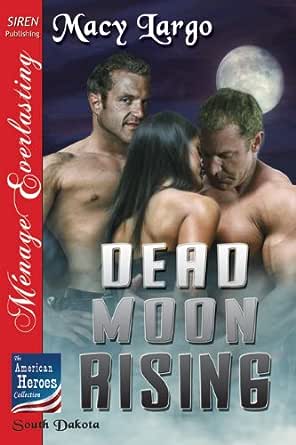 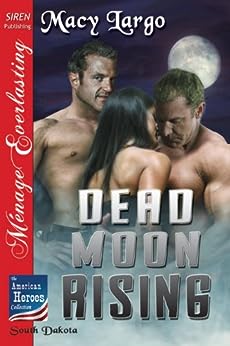 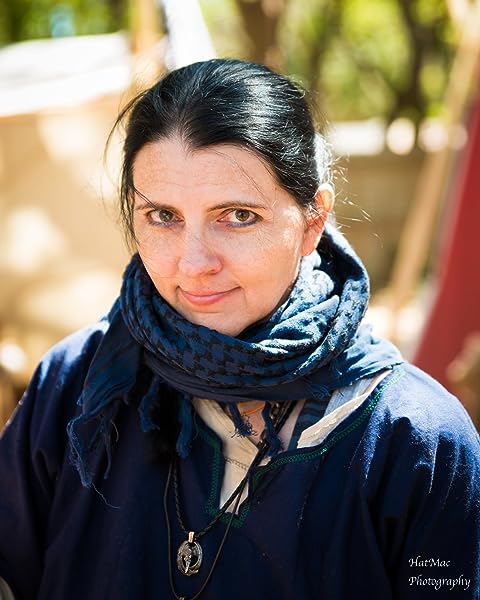 ROROBLUSMUM - no retreat, no surrender
5,0 de 5 estrelas Tymber Dalton does it again. I can see why she chose a pen-name
Avaliado no Reino Unido em 11 de novembro de 2010
Compra verificada
If you've read any of my reviews of TD's books, you'll know that I'm a massive fan of hers, and so when I found out she'd been writing as Tessa Monroe and Macy Largo, to be able to separate her tales into different settings, I did not hesitate to shell out, and what a treat and a surprise I was in for.

Here's the official blurb: Sarah's moving from Seattle to Miami when a cranky car and a terrifying brush with a serial killer leave her stranded in the middle of the dark and desolate South Dakota plains. Captain Plato Delaney of the South Dakota Highway Patrol is on the killer's trail, and Sarah is the only living witness. With limited funds and nowhere to go, Del invites her to stay with him and his lover, John Riley, himself a retired Trooper. It's not long before the killer is on Sarah's trail...and she's in Del and John's bed. Now the men have to protect Sarah against a killer who stays one step ahead of the law. But Sarah's flashes of intuition prove to be stronger than any of them thought, and her conversations with the ghost of a little boy murdered decades earlier might be the key to saving them all from another Dead Moon Rising.

There's no need to really say more, other than that this tale has plenty of the hot, varied and naughty menage sex that the author's known for, and as an added bonus, the guys are a cop and ex-cop Alphas, romantic and protective without being arrogant, and on top, there's a real tale. Add to that intrigue, a ghost, intuition and paranormal events, and this is a gem of a tale. An absolute Keeper.

chb book addict
5,0 de 5 estrelas Mystic menage
Avaliado nos Estados Unidos em 15 de abril de 2013
Compra verificada
Sarah Aston is NOT a psychic (accoding to her definition), she just has feelings that are never wrong. On her way to Florida, driving from Seattle, her car starts acting up and her feeling starts telling her something bad is about to happen. Stopping at a self-serve gas station, shes aware of a dark sedan that slows up and seems to be checking her out. Sarah delays and finally gets onto the nearly empty highway with just her fog lights on to conserve her cars alternator. While passing a RV that has a flat tire, she sees the same sedan and immediately the bad feeling comes back. She floors the car to get away but further down the highway, her car stops completely. She's scared and frightened but help arrives in the shape of state trooper Plato "Del" Delaney. After telling him about her car, she also mentions the dark sedan and how frightened she is of the driver.

When Sarah tells Del that she doesn't have the money for a hotel if she has to fix her car, he takes her to his home and his partner John Riler, retired state trooper. Afterward he checks out the RV and finds a homicide. Since Del has figured out there is a serial killer, who kills during a new moon he is not surprised to find out that the killer has struck again.

I looked this book up because the characters were mentioned as part of Tymber Dalton's Love Slave for Two: Reunion (great series). I liked them and was curious about a ghost that appeared to be a welcome part of their home. - Apparently TD wrote this under another name.

I liked this book a lot, Sarah is gutsy and likeable, she adores Del and John and they fall in love with her. Her psychic awareness is acute and definitly part of the plot. While the sex was there, I just skipped over anything that wasn't necessary. Great story!
Ler mais
Útil
Enviando feedback...
Agradecemos seu comentário.
Desculpe, o registro do seu voto falhou. Tente novamente
Informar abuso
Traduzir avaliação para Português

Del and John are lovers. John is a retired highway patrol officer. Del is current patrol officer. They live together in peace and quiet in a small town in SD. Sara gets stranded in said small town and barely escapes a serial killer. Now the guys are protecting her from the killer and seducing her at the same time.

I loved the mystery and suspense. I did figure our who the killer was about 3/4 way through the book. I also liked the paranormal aspect to the story. It added something extra to the story without taking over! I also really liked how technology played a part in this story.

My only complaint is that Sara fell into the menage relationship really easily. Didn't take much for her to jump in. Even though she was relatively inexperienced and had never done anything like this before. They guys were great and their pasts were explained so it was believable. I do think they fell into pretty quickly without much discussion as well.

L. Cialini
5,0 de 5 estrelas Love love love it!
Avaliado nos Estados Unidos em 13 de novembro de 2010
Compra verificada
Anything written by Tymber Dalton is pure gold, this is absolutely no exception. The relationship seems to have happened pretty quickly, but it works! God, does it work. Usually I'm wary of books where the characters suddenly leap into bed with each other, but gosh, this book made it work.

Celticfairiemom
5,0 de 5 estrelas great read
Avaliado nos Estados Unidos em 19 de junho de 2014
Compra verificada
I am a big fan Macy Largo (Tymber Dalton) and always enjoy her stories.. but there is something extra here.. the relationships between the guys is always a bonus and the strength they show towards their new love... always gets me. add in the back story and you are on the edge of your seat waiting to see what happens next.. don't miss this one!
Ler mais
Útil
Enviando feedback...
Agradecemos seu comentário.
Desculpe, o registro do seu voto falhou. Tente novamente
Informar abuso
Traduzir avaliação para Português

Kaylyn Davis
5,0 de 5 estrelas Chills and Thrills!!
Avaliado nos Estados Unidos em 8 de abril de 2011
Compra verificada
Macy Largo did an amazing job. It was a page turner from beginning to end. Sarah's intuition saved her life in more than one way. It saved her from a serial killer and brought her to Del and John. The sex scenes were hot! I loved the plot. Every time Robert came into the picture I would get goose bumps. I will be buying more from Macy Largo in the future!
Ler mais
1 pessoa achou isso útil
Útil
Enviando feedback...
Agradecemos seu comentário.
Desculpe, o registro do seu voto falhou. Tente novamente
Informar abuso
Traduzir avaliação para Português
Carregar mais avaliações internacionais

Christy
4,0 de 5 estrelas Psychic and Cops - who needs more?
Avaliado nos Estados Unidos em 28 de março de 2012
Compra verificada
I really enjoyed the whole book! The whole ghost and serial killer kept me on my seat even though I figured it out pretty quickly. I would totally recommend this book. I think the best part was where Sarah kept telling herself this was just like a movie and I'm like the dump heroine of one.
Ler mais
1 pessoa achou isso útil
Útil
Enviando feedback...
Agradecemos seu comentário.
Desculpe, o registro do seu voto falhou. Tente novamente
Informar abuso
Traduzir avaliação para Português

Pam Patterson
4,0 de 5 estrelas Pam Patterson
Avaliado nos Estados Unidos em 21 de julho de 2014
Compra verificada
Wow I got a surprise here. When I get a new author I am mostly disappointed. Not this time wow I really liked it a lot. On to buy more from this author and I only found one. I am sad maybe she will write more. Love this one great short story.
Ler mais
Útil
Enviando feedback...
Agradecemos seu comentário.
Desculpe, o registro do seu voto falhou. Tente novamente
Informar abuso
Traduzir avaliação para Português

Kindle Customer
5,0 de 5 estrelas Great story!
Avaliado nos Estados Unidos em 12 de outubro de 2011
Compra verificada
I am a fan of Tymber Dalton's and came across this book. What a surprise. The characters were great, the plot was really unique, and of course the loving was intense. I would definitely recommend this to anyone that is a paranormal fan and likes M/M/F love. A definite gem in the genre.
Ler mais
1 pessoa achou isso útil
Útil
Enviando feedback...
Agradecemos seu comentário.
Desculpe, o registro do seu voto falhou. Tente novamente
Informar abuso
Traduzir avaliação para Português

Amanda Saunders
5,0 de 5 estrelas I loved jt!
Avaliado nos Estados Unidos em 6 de abril de 2016
Compra verificada
I had this book for a while now and decided to read it today and it had me from the first page. It is a great mix of romance and mystery. I will absolutely be reading more books from these two.
Ler mais
Útil
Enviando feedback...
Agradecemos seu comentário.
Desculpe, o registro do seu voto falhou. Tente novamente
Informar abuso
Traduzir avaliação para Português

Sunshine1006
5,0 de 5 estrelas A little mystery, a little sex
Avaliado nos Estados Unidos em 3 de agosto de 2014
Compra verificada
I liked the mystery of the story. the sex scenes were only OK. Not up to her usual hotness. I liked that there was a ghost, a villain and a HEA.
Ler mais
Útil
Enviando feedback...
Agradecemos seu comentário.
Desculpe, o registro do seu voto falhou. Tente novamente
Informar abuso
Traduzir avaliação para Português