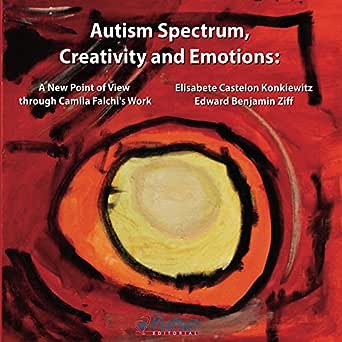 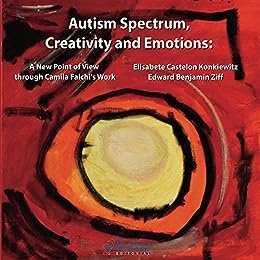 Elisabete Castelon Konkiewitz received a medical degree from UNIFESP (São Paulo Federal University) in 1993 and a doctorate in Neurology from the German university Technische Universität München, in 2002. She received the title of specialist in Neurology from the Brazilian Academy of Neurology and the title of specialist in Psychiatry from the Brazilian Association of Psychiatry. Since 2008, she has been an associate professor at the Federal University of Grande Dourados (UFGD) in Central West Brazil, where she lectures on neurology, psychiatry and neurobiology and supervises public clinics for Parkinson's disease and for people living with HIV infection. She attends patients with neurologic and psychiatric diseases at her medical practice in Dourados. She has written books and scientific articles in the areas of neuroscience, learning and education, including her book together with Angela Virgolim, "Altas Habilidades/Superdotação, Inteligència e Criatividade - Uma Visão Multidisciplinar," which was awarded the prestigious Brazilian Jabuti Prize in 2015 for a book on Education. Dr. Castelon Konkiewitz is a member of UFGD the Health Sciences postgraduate program, researching effects of HIV infection on the brain. She writes about medical and scientific topics in her blog, Neurocièncias em Debate, and has recorded videos on diverse subjects related to Neurology and Psychiatry, presented on her channel in YouTube. Elisabete practices yoga, and has two sons, Marcelo and Lucas Maurício.

Edward Ziff received a bachelor's degree in Chemistry from Columbia University in 1963 and a PhD from Princeton University in Biochemistry in 1969. As a postdoctoral student with Nobel Prize winner, Fred Sanger, in Cambridge he conducted early genome sequencing studies. Ed served on the faculties of the Imperial Cancer Research Fund in London and Rockefeller University in New York. In 1982, he joined New York University School of Medicine, where he is Professor of Biochemistry and Molecular Pharmacology and Neural Science and was an Investigator of the Howard Hughes Medical Institute. Ed researches brain function and neurological disease and was a Visiting Researcher at UFGD in Dourados. He lives in New York, has written for The New York Review of Books, coauthored a popular book on DNA, and is an amateur photographer, video maker, and painter.

Paulo Scarin
5,0 de 5 estrelas Awesome!
Avaliado no Brasil em 18 de fevereiro de 2018
It's a fabulous job. Excellent design, accessible information and full of knowledges. As a Neurology student I easily can see how good this book would improve the relationship between parents/teachers and children. Also the profissional-enhancing for Doctors, Psychologists, and others. The authors really clarify this amazing subject. The images are gorgeous, it fixes us incredibly. Camila is an artist with an awesome profissional future. So greatful see how the art and science can go together and change the world.
Ler mais
Útil
Comentar Informar abuso

Henrique Forti
5,0 de 5 estrelas Excellent!!!
Avaliado no Brasil em 24 de fevereiro de 2018
The book is amazing!
I read in portuguese version!
It's a reading that I recommend to the general public!
Congratulations to the writers and also to Camila Falchi, because without her beautiful work, nothing would be possible!