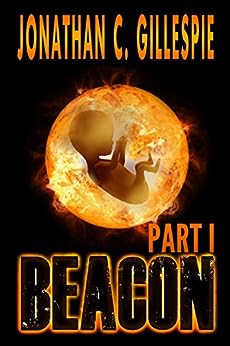 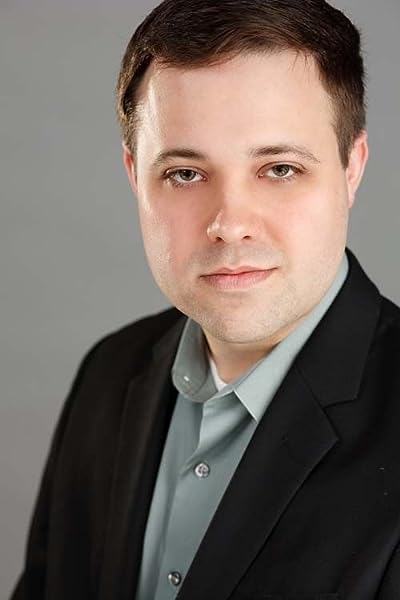 Edição Inglês por Jonathan C. Gillespie (Autor) Formato: eBook Kindle
Ver todos os formatos e edições
Sorry, there was a problem loading this page. Try again.
At the end of time, a miraculous discovery threatens a vast refugee fleet, and a young family will be hurled into a deadly mission alongside dangerous aliens.
They call it the Shroud, and Beacon is the only star that survived its wrath. At this endpoint of existence, humanity lingers on alongside every living species. Vast layers of orbiting ships can provide you everything--except children. So when Mally and Tersias conceive, they are instant celebrities, lavished with accolades and gifts. But their act will carry a high cost, starting with the return of mankind's most dreaded enemy. And the end will become the beginning, in this sweeping tale of discovery, of intrigue, of war, of love against all odds, in which the only thing more dangerous than the dead of space are a few terrible secrets.
Beacon - Part I is the first serial installment of the Beacon Saga Serial, and is six thousand words. Continue the serial in Part II (twelve thousand words), or in The Complete Beacon Saga, which contains all installments at a value price over purchasing each separately.

*Note to readers: A serial is a story in parts, each usually of long short-story length. Each installment is not a complete book, but can be thought of like an episode in a television series.
Leia mais
Previous page
Next page

H D
4,0 de 5 estrelas An interesting quick read
Avaliado nos Estados Unidos em 7 de agosto de 2018
Compra verificada
This is the first serial in the Beacon Saga. There are quite a few. It seems the last of humanity and the last of alien races are huddled around the last star. Something called the Shroud has decimated everything else...so they all think. The birth of a new baby girl gives hope to all because there have been none in a very long time.
Ler mais
1 pessoa achou isso útil
Informar abuso
Traduzir avaliação para Português

Jeremy Hager
4,0 de 5 estrelas An approrpriately simple, fun, intelligent introduction to the series
Avaliado nos Estados Unidos em 23 de outubro de 2014
Compra verificada
I enjoyed this book. I felt that it was a very neat concept, with likeable characters, in a nice little package. It's a short read, with a simple plot, which I feel is appropriate. It isn't (yet) an epic. It's a short story about a small group around a solo star. It really wraps up nicely, quite honestly. The descriptions are good, but I feel there could be a bit more fleshing out of these details, what with the sounds and smells and appearances. The descriptions that are given are vibrant and evocative. The setting seems to be well founded and I look forward to reading more.
Ler mais
2 pessoas acharam isso útil
Informar abuso
Traduzir avaliação para Português

Kindle Customer
5,0 de 5 estrelas High praise from a very critical reviewer.
Avaliado nos Estados Unidos em 15 de novembro de 2013
Compra verificada
This was an awesomely written, powerful, moving story. I as the reader was thoroughly sucked into this universe. The ending brought me to tears and I'm not a crier.

Sequels were written but to me, this was the perfect stand-alone short story. With the way the ending happened, I felt the only thing that could interest me further was resolving the *spoiler* impending destruction of the universe. I look forward to that book.

A request to the author: Apply your short-story style to a full-length novel and see what the result looks like. The way you simply put us in this universe and make us kind've figure out what's happening without beating us over the head with details and minutia is part of why this book is so compelling. Do that with a full length novel and I'd pay 10 bucks for it :)
Ler mais
4 pessoas acharam isso útil
Informar abuso
Traduzir avaliação para Português