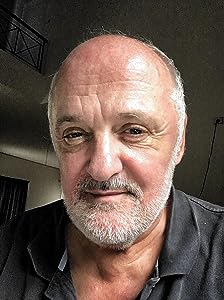 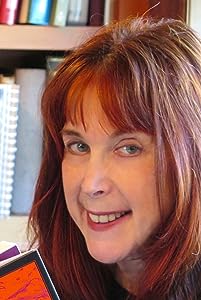 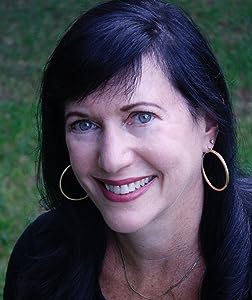 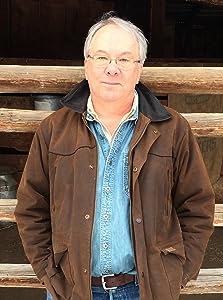 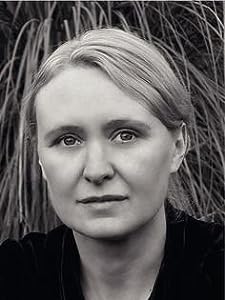 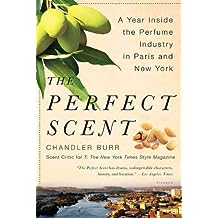 No journalist has ever been allowed into the ultrasecretive, highly pressured process of originating a perfume. But Chandler Burr, the New York Times perfume critic, spent a year behind the scenes observing the creation of two major fragrances. Now, writing with wit and elegance, he juxtaposes the stories of the perfumes -- one created by a Frenchman in Paris for an exclusive luxury-goods house, the other made in New York by actress Sarah Jessica Parker and Coty, Inc., a giant international corporation.

We follow Coty's mating of star power to the marketing of perfume, watching Sex and the City's Parker heading a hugely expensive campaign to launch a scent into the overcrowded celebrity market. Will she match the success of Jennifer Lopez? Does she have the international fan base to drive worldwide sales?

In Paris at the elegant Hermès, we see Jean Claude Ellena, his company's new head perfumer, given a challenge: he must create a scent to resuscitate Hermès's perfume business and challenge le monstre of the industry, bestselling Chanel No. 5. Will his pilgrimage to a garden on the Nile supply the inspiration he needs?

The Perfect Scent is the story of two daring creators, two very different scents, and a billion-dollar industry that runs on the invisible magic of perfume. 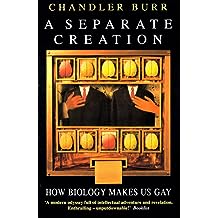 In August 1991 newspaper headlines around the world announced an amazing discovery: a difference in the brains of heterosexuals and homosexuals. In 1993 American scientists claimed they had discovered a gay gene. Sexual orientation, it now seems, is not a choice, not a disease nor a faddish whim, but a fundamental biological part of who we are.

Chandler Burr's ground-breaking work is the first and only comprehensive look at this revolutionary new science, biology on the farthest edges of current scientific practice. A Separate Creation: How Biology Makes Us Gay takes us into laboratories where researchers are using incredible technologies to discover what makes us straight or gay. From studies of male rats that ovulate and a species of African animal in which the female has a penis, to the political fire-storm surrounding the claim of a gay gene, from a new silicon chip made of human DNA that could discern the sexual orientation of the foetus in a woman's womb, to a working theory that homosexuality is a genetic/bacterial condition that could be 'cured' with an antibiotic, Burr explores this fascinating and often ethically ambiguous territory with clarity and an objective eye. 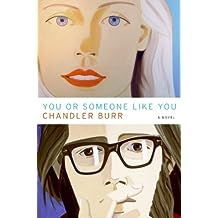 “Chandler Burr’s challenging first novel is many things: a glimpse into Hollywood culture, an argument about religious identity, a plea for the necessity of literature. This is a roman that needs no clefs.” —Washington Post

New York Magazine calls You or Someone Like You, “The highbrow humanist name-dropping book of the summer.” The remarkable first novel by Chandler Burr, the New York Times scent critic and author of The Perfect Scent, is funny, smart, and provocative—an extraordinarily ambitious work of fiction that succeeds on many different levels. It is a book David Ebershoff, (author of The 19th Wife) enthusiastically recommends “for anyone who defiantly clings to the belief that a book can change our lives.” 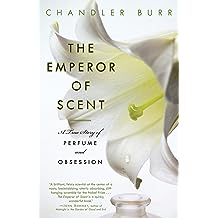 The Emperor of Scent: A Story of Perfume, Obsession, and the Last Mystery of the Senses (English Edition) 21/01/2003
Chandler Burr
( 47 )
R$79,54 R$95,54
For as long as anyone can remember, a man named Luca Turin has had an uncanny relationship with smells. He has been compared to the hero of Patrick Süskind’s novel Perfume, but his story is in fact stranger, because it is true. It concerns how he made use of his powerful gifts to solve one of the last great mysteries of the human body: how our noses work.

Luca Turin can distinguish the components of just about any smell, from the world’s most refined perfumes to the air in a subway car on the Paris metro. A distinguished scientist, he once worked in an unrelated field, though he made a hobby of collecting fragrances. But when, as a lark, he published a collection of his reviews of the world’s perfumes, the book hit the small, insular business of perfume makers like a thunderclap. Who is this man Luca Turin, they demanded, and how does he know so much? The closed community of scent creation opened up to Luca Turin, and he discovered a fact that astonished him: no one in this world knew how smell worked. Billions and billions of dollars were spent creating scents in a manner amounting to glorified trial and error.

The solution to the mystery of every other human sense has led to the Nobel Prize, if not vast riches. Why, Luca Turin thought, should smell be any different? So he gave his life to this great puzzle. And in the end, incredibly, it would seem that he solved it. But when enormously powerful interests are threatened and great reputations are at stake, Luca Turin learned, nothing is quite what it seems.