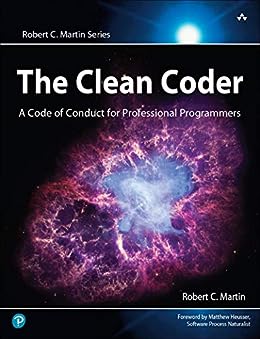 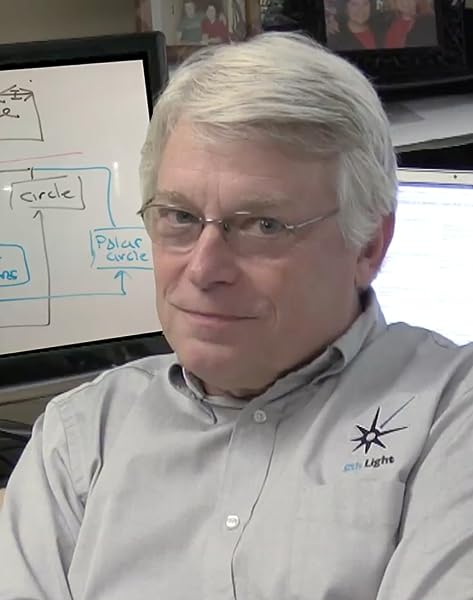 Even bad code can function. But if code isn't clean, it can bring a development organization to its knees. Every year, countless hours and significant resources are lost because of poorly written code. But it doesn't have to be that way.
Noted software expert Robert C. Martin presents a revolutionary paradigm with "Clean Code: A Handbook of Agile Software Craftsmanship." Martin has teamed up with his colleagues from Object Mentor to distill their best agile practice of cleaning code "on the fly" into a book that will instill within you the values of a software craftsman and make you a better programmer-but only if you work at it.
What kind of work will you be doing? You'll be reading code-lots of code. And you will be challenged to think about what's right about that code, and what's wrong with it. More importantly, you will be challenged to reassess your professional values and your commitment to your craft.
"Clean Code" is divided into three parts. The first describes the principles, patterns, and practices of writing clean code. The second part consists of several case studies of increasing complexity. Each case study is an exercise in cleaning up code-of transforming a code base that has some problems into one that is sound and efficient. The third part is the payoff: a single chapter containing a list of heuristics and "smells" gathered while creating the case studies. The result is a knowledge base that describes the way we think when we write, read, and clean code.
Readers will come away from this book understanding
How to tell the difference between good and bad codeHow to write good code and how to transform bad code into good codeHow to create good names, good functions, good objects, and good classesHow to format code for maximum readabilityHow to implement complete error handling without obscuring code logicHow to unit test and practice test-driven developmentThis book is a must for any developer, software engineer, project manager, team lead, or systems analyst with an interest in producing better code.
--Este texto se refere à edição paperback.

Robert C. Martin (“Uncle Bob”) has been a programmer since 1970. He is founder and president of Object Mentor, Inc., an international firm of highly experienced software developers and managers who specialize in helping companies get their projects done. Object Mentor offers process improvement consulting, object-oriented software design consulting, training, and skill development services to major corporations worldwide. Martin has published dozens of articles in various trade journals and is a regular speaker at international conferences and trade shows.

He has authored and edited many books, including:


A leader in the industry of software development, Martin served for three years as editor-in-chief of the C++ Report, and he served as the first chairman of the Agile Alliance.

Robert is also the founder of Uncle Bob Consulting, LLC, and cofounder with his son Micah Martin of The Clean Coders LLC.

Lisandro
4,0 de 5 estrelas Wish I had read it 15 years ago!
Avaliado no Reino Unido em 3 de julho de 2020
Compra verificada
A must read for everyone that write code for a living!
I was gladly that a lot of the points in this book are the same that I abide on my day to day work, but I've learned the hard way!
This book will be a reference book that I will be sharing with my teams and colleagues without reservations!

Clear and precise with a very down to earth impression. Hopefully this helps me with my degree

Using the old adage 'every day is a school day' was very true of this , it reiterated some long standing principles and has made me revisit some old code to improve it , something I have known I should have done for some time, but never got around to.

Gianfranco Alongi
5,0 de 5 estrelas A definite complement to Journeyman to Master in the track of the aspiring Software Craftsman
Avaliado no Reino Unido em 30 de outubro de 2012
Compra verificada
My first book in the track of professionalism was "The Pragmatic Programmer: From Journeyman to Master", I was recommended the book from an seasoned colleague who I regarded highly. I got the book, and devoured it in a couple o f days. The thing I remember while reading it - was that so much in it made so much sense! It all felt natural, every part of it struck home.

This book - is no different. Equally funny as thoughtful; the style is anecdotal but challenging. Given the few chances you get to receive such wisdom and depth from a true master, this is a must for anyone aspiring to become a true craftsman. I learnt a lot from this book - not only that you must not forget how others perceive you as a professional, but also that a true professional knows when to say no. This is one of the subjects I would say the book has a leaning emphasis on; how a professional ought to behave and act in hard times.

No chapter is boring as it is opened with a good story from the life of Robert C. Martin himself, as well as disclosing his past weaknesses for everyone to see - and rightfully so. We must never forget that the journey starts with a step, and lasts until the end of our life.

If you want a book filled to the brim with Wisdom and Laughs. This is the one.