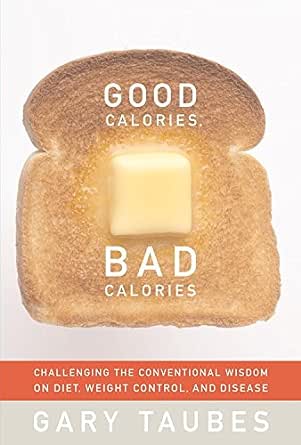 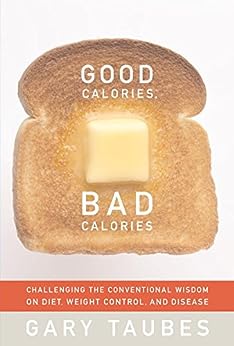 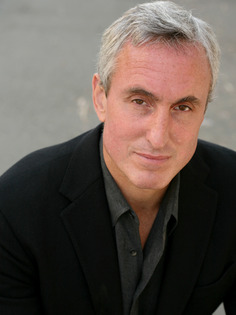 Prologue: A Brief History of Banting

Farinaceous and vegetable foods are fattening, and saccharine matters are especially so….In sugar-growing countries the negroes and cattle employed on the plantations grow remarkably stout while the cane is being gathered and the sugar extracted. During this harvest the saccharine juices are freely consumed; but when the season is over, the superabundant adipose tissue is gradually lost.
–Thomas Hawkes Tanner, The Practice of Medicine, 1869

William Banting was a fat man. In 1862, at age sixty-six, the five-foot-five Banting, or “Mr. Banting of corpulence notoriety,” as the British Medical Journal would later call him, weighed in at over two hundred pounds. “Although no very great size or weight,” Banting wrote, “still I could not stoop to tie my shoe, so to speak, nor attend to the little offices humanity requires without considerable pain and difficulty, which only the corpulent can understand.” Banting was recently retired from his job as an upscale London undertaker; he had no family history of obesity, nor did he consider himself either lazy, inactive, or given to excessive indulgence at the table. Nonetheless, corpulence had crept up on him in his thirties, as with many of us today, despite his best efforts. He took up daily rowing and gained muscular vigor, a prodigious appetite, and yet more weight. He cut back on calories, which failed to induce weight loss but did leave him exhausted and beset by boils. He tried walking, riding horseback, and manual labor. His weight increased. He consulted the best doctors of his day. He tried purgatives and diuretics. His weight increased.

Luckily for Banting, he eventually consulted an aural surgeon named William Harvey, who had recently been to Paris, where he had heard the great physiologist Claude Bernard lecture on diabetes. The liver secretes glucose, the substance of both sugar and starch, Bernard had reported, and it was this glucose that accumulates excessively in the bloodstream of diabetics. Harvey then formulated a dietary regimen based on Bernard’s revelations. It was well known, Harvey later explained, that a diet of only meat and dairy would check the secretion of sugar in the urine of a diabetic. This in turn suggested that complete abstinence from sugars and starches might do the same. “Knowing too that a saccharine and farinaceous diet is used to fatten certain animals,” Harvey wrote, “and that in diabetes the whole of the fat of the body rapidly disappears, it occurred to me that excessive obesity might be allied to diabetes as to its cause, although widely diverse in its development; and that if a purely animal diet were useful in the latter disease, a combination of animal food with such vegetable diet as contained neither sugar nor starch, might serve to arrest the undue formation of fat.”

Harvey prescribed the regimen to Banting, who began dieting in August 1862. He ate three meals a day of meat, fish, or game, usually five or six ounces at a meal, with an ounce or two of stale toast or cooked fruit on the side. He had his evening tea with a few more ounces of fruit or toast. He scrupulously avoided any other food that might contain either sugar or starch, in particular bread, milk, beer, sweets, and potatoes. Despite a considerable allowance of alcohol in Banting’s regimen–four or five glasses of wine each day, a cordial every morning, and an evening tumbler of gin, whisky, or brandy–Banting dropped thirty-five pounds by the following May and fifty pounds by early 1864. “I have not felt better in health than now for the last twenty-six years,” he wrote. “My other bodily ailments have become mere matters of history.”

We know this because Banting published a sixteen-page pamphlet describing his dietary experience in 1863–Letter on Corpulence, Addressed to the Public–promptly launching the first popular diet craze, known farther and wider than Banting could have imagined as Bantingism. His Letter on Corpulence was widely translated and sold particularly well in the United States, Germany, Austria, and France, where according to the British Medical Journal, “the emperor of the French is trying the Banting system and is said to have already profited greatly thereby.” Within a year, “Banting” had entered the English language as a verb meaning “to diet.” “If he is gouty, obese, and nervous, we strongly recommend him to ‘bant,’ ” suggested the Pall Mall Gazette in June 1865.

The medical community of Banting’s day didn’t quite know what to make of him or his diet. Correspondents to the British Medical Journal seemed occasionally open-minded, albeit suitably skeptical; a formal paper was presented on the efficacy and safety of Banting’s diet at the 1864 meeting of the British Medical Association. Others did what members of established societies often do when confronted with a radical new concept: they attacked both the message and the messenger. The editors of The Lancet, which is to the BMJ what Newsweek is to Time, were particularly ruthless. First, they insisted that Banting’s diet was old news, which it was, although Banting never claimed otherwise. The medical literature, wrote The Lancet, “is tolerably complete, and supplies abundant evidence that all which Mr. Banting advises has been written over and over again.” Banting responded that this might well have been so, but it was news to him and other corpulent individuals.

In fact, Banting properly acknowledged his medical adviser Harvey, and in later editions of his pamphlet he apologized for not being familiar with the three Frenchmen who probably should have gotten credit: Claude Bernard, Jean Anthelme Brillat-Savarin, and Jean-François Dancel. (Banting neglected to mention his countrymen Alfred William Moore and John Harvey, who published treatises on similar meaty, starch-free diets in 1860 and 1861 respectively.)

Brillat-Savarin had been a lawyer and gourmand who wrote what may be the single most famous book ever written about food, The Physiology of Taste, first published in 1825.* In it, Brillat-Savarin claimed that he could easily identify the cause of obesity after thirty years of talking with one “fat” or “particularly fat” individual after another who proclaimed the joys of bread, rice, and potatoes. He added that the effects of this intake were exacerbated when sugar was consumed as well. His recommended reducing diet, not surprisingly, was “more or less rigid abstinence from everything that is starchy or floury.”

Dancel was a physician and former military surgeon who publicly presented his ideas on obesity in 1844 to the French Academy of Sciences and then published a popular treatise, Obesity, or Excessive Corpulence, The Various Causes and the Rational Means of Cure. Dancel’s thinking was based in part on the research of the German chemist Justus von Liebig, who, at the time, was defending his belief that fat is formed in animals primarily from the ingestion of fats, starches, and sugars, and that protein is used exclusively for the restoration or creation of muscular tissue. “All food which is not flesh–all food rich in carbon and hydrogen–must have a tendency to produce fat,” wrote Dancel. “Upon these principles only can any rational treatment for the cure of obesity satisfactorily rest.” Dancel also noted that carnivores are never fat, whereas herbivores, living exclusively on plants, often are: “The hippopotamus, for example,” wrote Dancel, “so uncouth in form from its immense amount of fat, feeds wholly upon vegetable matter–rice, millet, sugar-cane, &c.”

The second primary grievance that The Lancet’s editors had with Banting, which has been echoed by critics of such diets ever since, was that his diet could be dangerous, and particularly so for the credibility of those physicians who did not embrace his ideas. “We advise Mr. Banting, and everyone of his kind, not to meddle with medical literature again, but be content to mind his own business,” The Lancet said.

When Bantingism showed little sign of fading from the scene, however, The Lancet’s editors adopted a more scientific approach. They suggested that a “fair trial” be given to Banting’s diet and to the supposition that “the sugary and starchy elements of food be really the chief cause of undue corpulence.”

Banting’s diet plays a pivotal role in the science of obesity–and, in fact, chronic disease–for two reasons. First, if the diet worked, if it actually helped people lose weight safely and keep it off, then that is worth knowing. More important, knowing whether “the sugary and starchy elements of food” are “really the chief cause of undue corpulence” is as vital to the public health as knowing, for example, that cigarettes cause lung cancer, or that HIV causes AIDS. If we choose to quit smoking to avoid the former, or to use condoms or abstinence to avoid the latter, that is our choice. The scientific obligation is first to establish the cause of the disease beyond reasonable doubt. It is easy to insist, as public-health authorities inevitably have, that calories count and obesity must be caused by overeating or sedentary behavior, but it tells us remarkably little about the underlying process of weight regulation and obesity. “To attribute obesity to ‘overeating,’ ” as the Harvard nutritionist Jean Mayer suggested back in 1968, “is as meaningful as to account for alcoholism by ascribing it to ‘overdrinking.’ ”

Gary Taubes is a contributing correspondent for Science magazine and a contributing editor at Technology Review. He has written about science, medicine, and health for Science, Discover, the Atlantic Monthly, the New York Times Magazine, Esquire, Fortune, Forbes, and GQ. His articles have appeared in The Best American Science Writing three times. He has won three Science in Society Journalism Awards, given by the National Association of Science Writers--the only print journalist so recognized--as well as awards from the American Institute of Physics and the American Physical Society. His book Bad Science: The Short Life and Weird Times of Cold Fusion was a finalist for the Los Angeles Times Book Award. He was educated at Harvard, Stanford, and Columbia.

Mike Chamberlain is an actor and voice-over performer in Los Angeles. His voice credits range from radio commercials and television narration to animation and video game characters. Stage trained at Boston College, he has performed works from Shakespeare and the classics to contemporary drama and comedy. His audiobook narration has won four AudioFile Earphones Awards.

Mountain Chic
1,0 de 5 estrelas Does not do what it says on the tin.
Avaliado no Reino Unido em 3 de outubro de 2018
Compra verificada
I thought this book would advise what was good to eat or not, which I suppose it does. But it is basically an intense review of evidence, with no actual practical advice. I lost the will to live half way through the third chapter.
Ler mais
5 pessoas acharam isso útil
Informar abuso
Traduzir avaliação para Português

Michael
5,0 de 5 estrelas What a good book this is
Avaliado no Reino Unido em 10 de outubro de 2016
Compra verificada
What a good book this is..a bit technical and a hard read but well worth the effort as the knowledge in this book is brilliant!!! I am now 2 months in to a ketogenic diet. Down a stone in weight and feeling good!!
Ler mais
10 pessoas acharam isso útil
Informar abuso
Traduzir avaliação para Português

Seven of nine
5,0 de 5 estrelas Extremely interested
Avaliado no Reino Unido em 6 de junho de 2014
Compra verificada
I would recommend this book without hesitation for all those with an interest in diet and food related issues. It reads more like an academic text than most books on the subject, which is a refreshing change. This is amongst the most intelligent of books on the market - and in reality i can't recommend it highly enough.
Ler mais
12 pessoas acharam isso útil
Informar abuso
Traduzir avaliação para Português