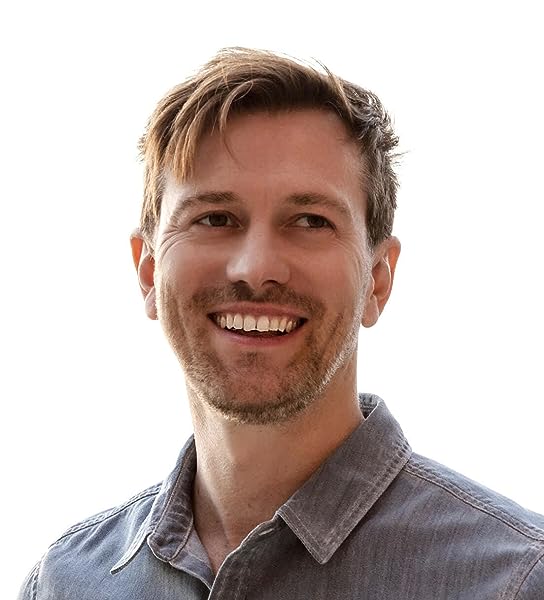 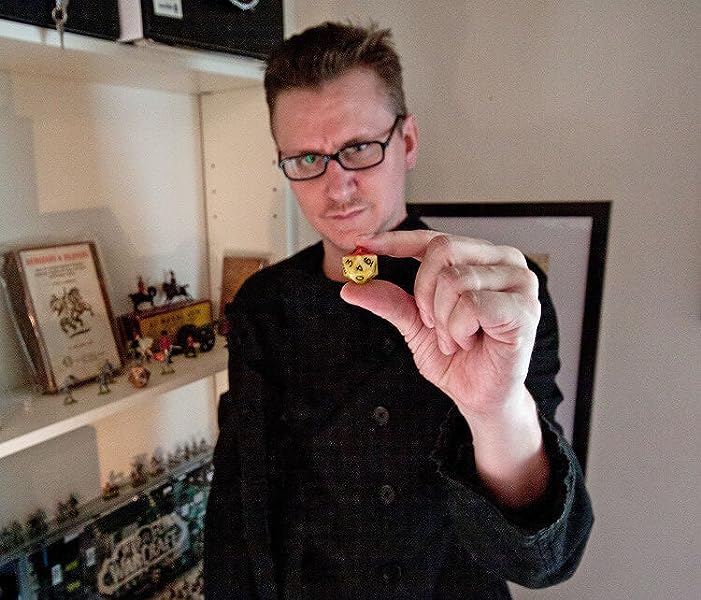 Dungeons & Dragons launched the great tradition of roleplaying games in 1974 with an unprecedented mix of adventure and strategy, dice-rolling, and storytelling. Wizards of the Coast continues to honor that tradition, bringing to market a diverse range of D&D game and entertainment experiences and influencing numerous writers, directors, and game designers by tapping into an innate human need to gather with friends and tell an exciting story together. Kyle Newman is a writer/director whose directorial work includes Fanboys, written by Ernest Cline; Barely Lethal; and the music video for Taylor Swift's Style. Kyle also produced the critically acclaimed documentary Raiders: The Story of the Greatest Fan Film Ever Made. Michael Witwer is a New York Times bestselling author known for his work on the Hugo-nominated Dungeons & Dragons: Art & Arcana, the critically acclaimed Empire of Imagination: Gary Gygax and the Birth of Dungeons & Dragons, and the bestselling Heroes' Feast: The Official Dungeons & Dragons Cookbook. Widely considered an expert on D&D history, Michael has spoken on the topic at a variety of venues such as Google, Pixar, Lucasfilm, top gaming conventions and book festivals, and on NPR's All Things Considered. His books have won many honors, including being selected as a Hugo Award finalist, a national bestseller (New York Times, USA Today, Wall Street Journal, Publishers Weekly), a Diana Jones Award nominee, a Locus Award finalist, and a GeekDad Best Book of the Year." Jon Peterson is a widely recognized authority on the history of games. His book Playing at the World was called the first serious history of the development of Dungeons & Dragons by The Village Voice. He has contributed to many academic anthologies on games including Zones of Control and Role-Playing Game Studies, as well as gaming and geek culture websites.


What is Dungeons & Dragons? For some, it’s a dynamic narrative game with infinite possibilities; for others, an exciting tactical contest of strategy and wit. But for many, it is far more than a game; it’s a way of life.

If you’re holding this book, then you probably love two things: D&D and sharing a great meal. And why shouldn’t you? Few things go together so well: they’re tabletop activities and highly social occasions, and both offer endless possibilities. But the similarities run far deeper. No matter where you are in the world, food is at the center of community and connection. For millions of fans, D&D plays very much the same role. You might say that D&D is the food of the imagination.

Dungeons & Dragons is no ordinary game, and this is no ordinary cookbook; it’s a uniquely D&D cookbook. Inside, you’ll find familiar recipes and dishes that were only available to your D&D player characters, until now—an adventure of food! We began this quest with a simple inquiry: how can food elevate and enhance the D&D experience? If the magic of D&D springs from its ability to activate the human imagination, then how can we recast that same enchantment over an inspiring set of recipes? In short, we want this book to be an essential part of your game nights. Why put out a bag of chips when you can prepare a batch of Halfling Oatmeal Sweet Nibbles (page 128)? Or perhaps you’re craving the same Iron Rations (page 8) as your dungeon-delving character to sustain you through the game. Which protein will flavor your Sword Coast Seafood Bouillabaisse (page 11)? Maybe you should roll for it. If you are new to the kitchen, try a lower-level recipe to start! Our goal is to stimulate the spirit of adventure at your gaming table and beyond by inviting you to enter a new culinary dimension.

Here you will find a curated selection of D&D recipes spanning the vast multiverse. They are all delicious, easy to prepare, and composed of ingredients readily found in this realm. Even better, these recipes offer a unique opportunity to enhance the social experience that is D&D, whether it happens to be a game night or you just wish it were. Because D&D is bound only by the limits of the imagination, without an agreed-upon singular storyline or locale, we have organized this cookbook by one of the game’s few ubiquitous devices: the multitude of playable fantasy groups featured in D&D’s 5th edition. This structure invites D&D and fantasy lovers alike to eat like their favorite fictional cultures—from elves and dwarves to orcs and drow—while we shed fresh light on their stories via their unique cuisines and lifestyles.

Dungeons & Dragons is about far more than monsters or treasure; it’s built on the foundation of community, friendship, and imagination. This culinary compendium will inspire and encourage those same principles through the art and craft of cooking, while adding an exciting and visceral new layer to your game nights: sights, smells, touch, and, of course, tastes.

So, what is Dungeons & Dragons? Join us as we find our answer through the dishes and cuisine that make this multiverse so delicious.
Comece a ler Heroes' Feast no seu Kindle em menos de um minuto.

Bruno Nascimento
5,0 de 5 estrelas Translate to Portuguese
Avaliado no Brasil em 5 de novembro de 2020
If it is translated into Portuguese, I would be much more inclined to buy it. I would like to buy and make these recipes with my family, but my English is not very good.
Ler mais
6 pessoas acharam isso útil
Útil
Informar abuso
Traduzir avaliação para Português
Visualizar todas as avaliações

Rowland Edmonds
3,0 de 5 estrelas Unashamedly American
Avaliado no Reino Unido em 25 de novembro de 2020
Compra verificada
The recipes in the book are okay, the illustrations are gorgeous, the photos evoke an adventurous lifestyle. Woe to anyone outside of America who buys this, because there are no conversions into grams, centigrade or ounces. Everything is measured in 'cups' and 'farenheit' which, if you are not observant, will have you cooking in dragonfire. That's how people lose an arm, or at least a princess, to an oversized engine of scaled destruction. Fie!
Ler mais
31 pessoas acharam isso útil
Informar abuso
Traduzir avaliação para Português

Tinne Vermeiren
4,0 de 5 estrelas Very high quality hardcover, a collector's item, but not very veggie-friendly
Avaliado no Reino Unido em 10 de novembro de 2020
Compra verificada
I just received this book today, so I haven't tried the recipes yet. It's obviously very well-made and at the very least it would be an eye-catcher on your bookshelf or coffee table. Like others have said, not all recipes have pictures, but most do.

Unfortunately none of the races in this book are vegetarian. There are some vegetarian recipes sprinkled in, but I wouldn't recommend it to someone who doesn't eat (a lot of) meat or fish.

J. Burgess
5,0 de 5 estrelas An unexpected joy
Avaliado no Reino Unido em 12 de novembro de 2020
Compra verificada
I didn't really know what to expect with this book.
I have been a D&D aficionado for 40 yrs & I do like to cook but I'm not particularly an adventurous cook. I bought this book on a bit of a whim.
I have been pleasantly surprised by it. The artwork is great, photos are well shot & there is plenty of content.
I think there is only about 80 recipes in here but they are a nice range of variety & are sufficiently different to other run of the mill cookbooks.
There are a lot of references to the D&D worlds to make it an interesting read once you have read through & tried the recipes.
Definitely recommended if you love your food & if you love your D&D.

5,0 de 5 estrelas An unexpected joy
Avaliado no Reino Unido em 12 de novembro de 2020
I didn't really know what to expect with this book.
I have been a D&D aficionado for 40 yrs & I do like to cook but I'm not particularly an adventurous cook. I bought this book on a bit of a whim.
I have been pleasantly surprised by it. The artwork is great, photos are well shot & there is plenty of content.
I think there is only about 80 recipes in here but they are a nice range of variety & are sufficiently different to other run of the mill cookbooks.
There are a lot of references to the D&D worlds to make it an interesting read once you have read through & tried the recipes.
Definitely recommended if you love your food & if you love your D&D.

Bigfran
5,0 de 5 estrelas A great book for all fans of D&D
Avaliado no Reino Unido em 6 de janeiro de 2021
Compra verificada
I bought 3 of these beauties,one for myself and one each for my elder nephews it's an absolute must have for the D&D geeks regardless of inclination to cook. Visually the book is awesome,with typical D&D core rule book art on both covers and throughout the book. The recipes are well thought out and easy to follow and the whole package fits in brilliantly with any collection of D&D core rule books
Ler mais
Informar abuso
Traduzir avaliação para Português

Ovion
4,0 de 5 estrelas Honestly sort of basic.
Avaliado no Reino Unido em 31 de março de 2021
Compra verificada
It is presented very nicely, with lots of good art.
But the layout is wasteful, and some things inclusion are headscratchers.
Mostly it's fairly basic, if tasty recipes, and very little interesting twist-wise for the D&D setting.
It's entirely alright, and I don't feel the money was wasted or anything, but I feel it could have been a bit better put together, with maybe 3-4 extra recipes and the same page length.