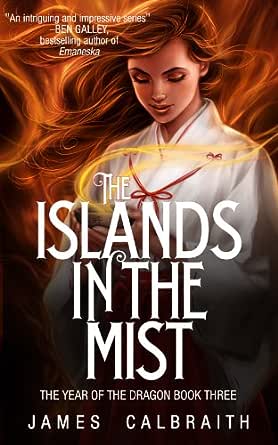 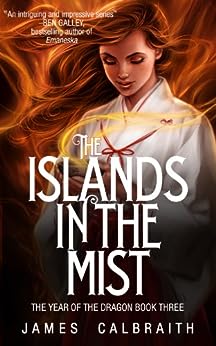 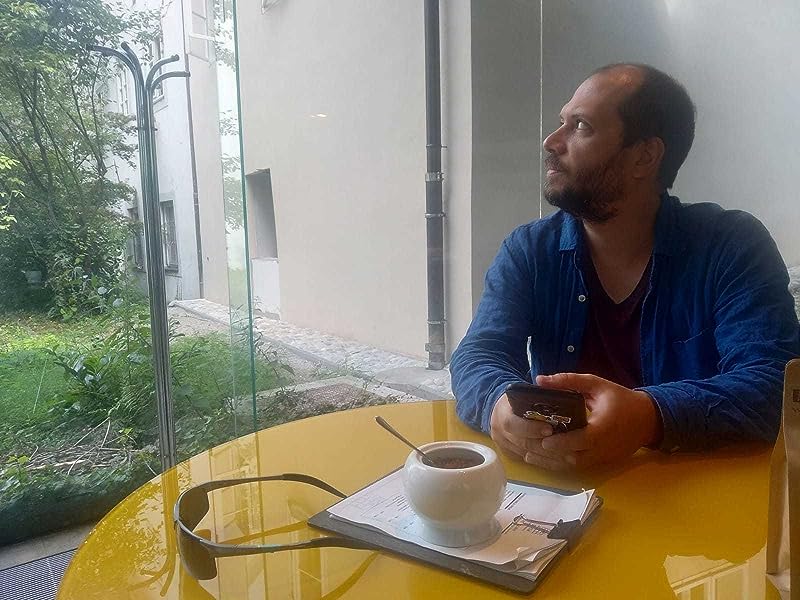 The Islands in the Mist (The Year of the Dragon, Book 3) (English Edition) eBook Kindle

Andrew Lawston
5,0 de 5 estrelas Trogdor the Burninator Goes Steampunk
Avaliado no Reino Unido em 6 de novembro de 2012
Compra verificada
Perhaps it's just me, but James Calbraith's "Year of the Dragon" series seems to get better with each installment. This third volume, in which Bran continues his quest to evade the Crimson Robe and to locate his dragon, delves even deeper into Japanese mythology both real and invented. At the same time, the war in Qin lends an occasional parallel strand to the action, as Bran's schoolchums become embroiled in conflict. There's magic, adventure, battle, humour and not too much kissing. It's great adventure fiction.

The series seems to be growing in confidence as the canvas expands and the cast of colourful characters grows ever longer. In case this is your first trip to Bran's world, however, one word of advice. Go back to The Shadow of Black Wings and start from there - you may well find yourself confused otherwise!

Karen F. Blocher
4,0 de 5 estrelas Aargh! It's not the end!
Avaliado nos Estados Unidos em 21 de março de 2013
Compra verificada
As this story continues in this, the third volume, the number of significant characters reaches critical mass and it gets harder to tell what's going on and who is doing what and why. It doesn't help that there are several pairs of characters with similar names. Worse, I get to the end and it's another cliffhanger, and the next volume, promised to be the conclusion, isn't out yet!

Make no mistake, however. It's still worth the read, and worth the wait to see it through. The setting remains fascinating, the characters are complex and believable, and the main plot line is reasonably straightforward. Numerous powerful figures, political or supernatural or both, pursue their own disparate interests, some aiding Our Heroes, some attacking them, and some doing a bit of each. Behind it all are the mysteries of the past and the fate of the future, not just for Bran and his friends but for the island nation of Yamato and the world beyond.
Ler mais
Útil
Enviando feedback...
Agradecemos seu comentário.
Desculpe, o registro do seu voto falhou. Tente novamente
Informar abuso
Traduzir avaliação para Português

Amazon Customer
5,0 de 5 estrelas This book: (The Islands in the Mist) is a great book
Avaliado nos Estados Unidos em 15 de maio de 2013
Compra verificada
I got the first book free for my kindle app and I liked how James Calbraith writes so much I got the whole set. I highly recomand them. Starting with: #1.The Shadow of Black Wings, #2.The Warriors Soul, #3.The Islands in the Mist, #4: The Rising Tide. These books have action, romance, magic and lots of suspense. I stayed glued to my tablet till 3am every night and most of the day. I just couldn't put them down. I hope the author adds another book to the set.
Ler mais
1 pessoa achou isso útil
Útil
Enviando feedback...
Agradecemos seu comentário.
Desculpe, o registro do seu voto falhou. Tente novamente
Informar abuso
Traduzir avaliação para Português

Pumpdude44
5,0 de 5 estrelas Third book in the series
Avaliado nos Estados Unidos em 12 de novembro de 2012
Compra verificada
This is the third book in the "The Year of the Dragon" series. Again it starts out at a different point from where the second book leaves off but gets back there after the first chapters. The book is action packed with several good combat scenes throughout. Now that I have the glossary of terms and titles I can much better decipher the finer points which had been confusing to me, a non-Japanese, English only reader before. I look forward to the fourth book in the series which will hopefully be coming to Amazon Kindle soon.
Ler mais
1 pessoa achou isso útil
Útil
Enviando feedback...
Agradecemos seu comentário.
Desculpe, o registro do seu voto falhou. Tente novamente
Informar abuso
Traduzir avaliação para Português
Carregar mais avaliações internacionais

J. W. Wolter
4,0 de 5 estrelas liked it
Avaliado nos Estados Unidos em 30 de dezembro de 2012
Compra verificada
I hope this series is not going to be never ending like Thrones. In my opinion, the first was good, the second was interesting, the third was wording without much happening, almost filler. I doubt if I buy the fourth, unless it is the final one.\
Ler mais
Útil
Enviando feedback...
Agradecemos seu comentário.
Desculpe, o registro do seu voto falhou. Tente novamente
Informar abuso
Traduzir avaliação para Português