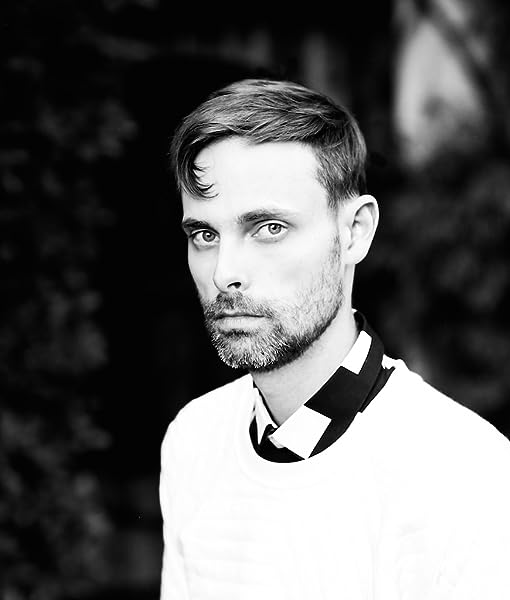 Never have I doubted my soundness of mind as often as I did on that first night, when the bird-woman and her wards came to save me from the madhouse. That's where I was going, pinned between beefy uncles in the back seat of my parents' car, when a wall of peculiar children seemed to leap directly from my imagination into the driveway before us, aglow in our high beams like a formation of angels.

We skidded to a stop. A wave of dust erased everything beyond our windshield. Had I conjured their echo, some flickering hologram projected from deep within my brain? Anything seemed more believable than my friends being here, now. Peculiars had a way of making anything seem possible, but a visit from them was one of the few impossibilities of which I could still be certain.

It had been my choice to leave Devil's Acre. To go home again, where my friends couldn't follow. I had hoped that in returning I might sew together the disparate threads of my life: the normal and the peculiar, the ordinary and the extraordinary.

Another impossibility. My grandfather had tried to sew his lives together too and failed, estranged in the end from both his peculiar family and his normal one. In refusing to choose one kind of life over the other, he had doomed himself to lose both-just as I was about to.

I looked up to see a figure moving toward us through the clearing dust.

Ransom Riggs is the #1 New York Times bestselling author of the Miss Peregrine's Peculiar Children novels and their companion, Tales of the Peculiar. He was born on a farm in Maryland and grew up in southern Florida. He studied literature at Kenyon College and film at the University of Southern California. He lives in Los Angeles with his wife, bestselling author Tahereh Mafi, and their family.

When we left Jacob he had come home to Florida in which the peculiar followed suit and came to find him ending on what I thought was a lovely open ending. Well it did not stop there which I was about to find out. Oh how I have missed Ransoms writing. A Map of Days sat on my to be read shelf at the bottom as I was determined to read those before it. I flew through the other books in order to get to read it! It was very good motivation! On opening the first few crisp pages I noticed straight away that it was in colour. Yes colour! Then I started reading.

It all went a bit downhill from there. The book itself was quite slow to start I thought, I could not tell where the story was going which in this case was not good. It just felt all a bit washed out. Where is the adventure? The drama? The banding together to become a brilliant group of kids that kick ass but keep there sanity? The character development was lacking a little and I started to not like Jacob as much. He's supposed to be the hero?! It was so disappointing to not connect to this as much as I was hoping. My only thought is that this is a lead up to the next couple of books, setting the tone and the story to then go onto something magical.

I am still giving it a three stars as the concept is still amazing to me and it was enjoyable to read but just felt it lacked a lot of oomph, I am glad that this was not the first in the series as I feel most would put it down without a second thought. Fingers crossed the next is a bit more impressive.

Wen
5,0 de 5 estrelas A very good book to follow on to the next
Avaliado no Reino Unido em 20 de novembro de 2020
Compra verificada
Starting a map of days just felt getting a warm hug from lost friends. I have so much love and appreciation for this series on a personal level. Getting back into it just felt so welcoming. Not only does this book expand peculiar history ( this time in America) but also the life of Abe. Riggs continues expanding this world and just delves deeper into peculiardom. That was massive part of the story along side the subplot of the character relationships. I really enjoyed the story! I think the scenes were set perfectly. The more creepy ones were definitely my favourite.

Mystery turned to ominous and ominous turned to danger. Still keeping the overall metaphor of WW2 this book also combined racism and colonialism into the American history of peculiardom. This really does create such a powerful balance in the story and just added another narrative for the next book. However as the book went on I just saw similarities with hollow city which took some of the enjoyment away. It didn’t feel like I was reading something new but towards the end it picked up originality for this series. Overall it’s very faced paced at keeps you on your toes. It’s a very good book.

I never really considered of Jacob’s grandfathers life as big mystery after he left the loop. I think this was just because I got lost in this world Riggs created and the discoveries that Jacob made in the first book. Riggs really takes his readers on this journey with Jacob. Jacob is an easy character to relate to and that’s powerful along side the over all plot of this series. But in this book there are so many bread crumbed trails about Abes life after he left the loop. Jacob was just beginning to feel like he found himself and that he fitted in somewhere but at the same time he’s lost again, and feels he doesn’t know his grandfather even more so. He discovers so many more secrets, as does Emma I feel this element brought them closer. I think that’s a good balance to the story. In this story Jacob rebels and follows his own path and I feel by him doing so, it makes him feel closer to his grandfather but also opens a can of worms with Emma.Chapter 18 however really pissed me off because of how they all treated Jacob and turned their back on him, after all he’s done for them.

Amazon Customer
1,0 de 5 estrelas It stopped in mid storyline
Avaliado no Reino Unido em 22 de janeiro de 2020
Compra verificada
I strongly dislike books that just stop in mid storyline. A trilogy of books each complete in its own right is ok but in this case the author is saying “ If you want to find out what happens in the next minute you will have to buy my next book”. I don’t think that is playing fair with the reader.
Ler mais
2 pessoas acharam isso útil
Informar abuso
Traduzir avaliação para Português

LucyP
5,0 de 5 estrelas Another good read!
Avaliado no Reino Unido em 2 de janeiro de 2020
Compra verificada
A Map of Days is more of a drawing together of the events of the proceeding books in the series, in my opinion. It is not so action packed and dynamic as the previous books, but more a taking stock of what has happened so far, with promises of more to come in the future. I found the first half quite slow, before the pace built up again, but always leaves you wanting more. It is still an excellent read and I think the slowing down of pace in this book is a clever move, because I am sure the next book due out (Jan 2020) will take the pace up again. I am not going to spoil the story by telling what happens in the book, but some very clever and interesting hooks are there.
Ler mais
1 pessoa achou isso útil
Informar abuso
Traduzir avaliação para Português