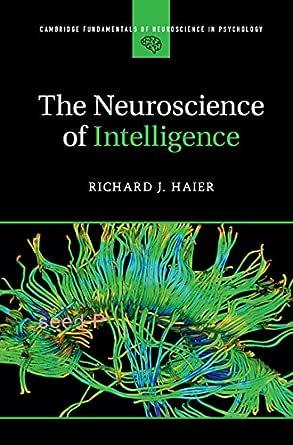 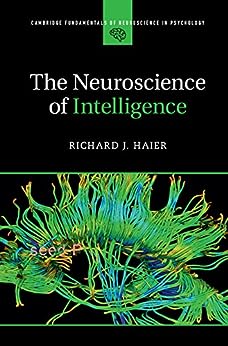 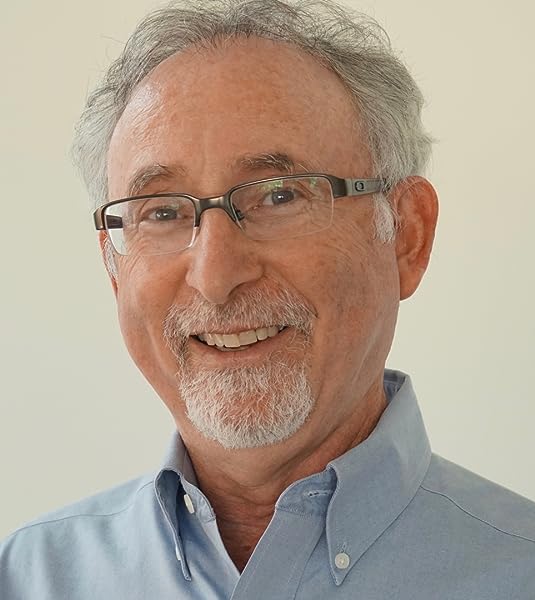 Why are some people smarter than others? This book clearly explains what neuroscience tells us about intelligence and the brain, emphasizing genetic and neuroimaging research. It dispels common misconceptions and shows how neuroscientific methods could dramatically enhance intelligence, with surprising implications for education and social policy. --Este texto se refere à edição hardcover.

Richard J. Haier earned his PhD from The Johns Hopkins University and is Professor Emeritus at the University of California, Irvine. He pioneered the use of neuroimaging to study intelligence in 1988 and has given invited lectures at meetings sponsored by the National Science Foundation, the National Academy of Sciences, the Defense Advanced Research Projects Agency, the European Molecular Biology Organization, and Cold Spring Harbor Laboratory. In 2013, he created video lectures, 'The Intelligent Brain', for The Great Courses. In 2016, he served as President of the International Society for Intelligence Research and became Editor-in-Chief of Intelligence. --Este texto se refere à edição hardcover.

Adam Carlton
4,0 de 5 estrelas Practical overview of research on intelligence
Avaliado no Reino Unido em 26 de abril de 2018
Compra verificada
This book is "Rich" Haier, Professor Emeritus in the Pediatric Neurology Division of the School of Medicine at the University of California, Irvine, writing to his students. He wants to tell them about the three-pronged nature of contemporary research into intelligence: psychometric tests (delivering 'g'), neuro-imaging and genomics.

Leveraging all three approaches, he comprehensively demolishes blank-slate ideas that intelligence doesn't really differ between individuals, genders and/or ethnic groups, and shows that intelligence differences (as measured psychometrically or in life outcomes) have measurable correlates neuro-anatomically and genetically.

Since higher IQ correlates positively with desirable life outcomes, he is a strong proponent of research which might lead to future IQ improvements, either through some kind of 'IQ pill' or targeted allele-engineering.

Haier is plainly an experimentalist, not a theoretician. He is happiest explaining the details of studies, neuro-imaging equipment and brain images: he's almost too thorough. He is also good on the unexpected results: when men and women with identical (and high) mathematical abilities were scanned while solving advanced math problems they were equally successful - but the men used the spatial parts of their brain while the women were using verbal modules.

While we are plainly in the middle of a technology-led revolution (well-described at an introductory level) it's frustrating that the jury is still out on all the important questions. We don't know what the brain is doing which distinguishes consciousness from unconsciousness; we don't really know how the high-IQ brain differs in structure or function from the low-IQ brain although there are some suggestive ideas; we don't know how to alter/improve IQ by any well-attested intervention.

Perhaps this will change over the next few years. Given the stigma which still attaches to intelligence research in the West, perhaps we'll have to wait for the Chinese to tell us.

Amazon Customer
5,0 de 5 estrelas A thorough, accessible and appropriately concise overview of a broad and fascinating literature.
Avaliado no Reino Unido em 18 de março de 2019
Compra verificada
Dr. Haier’s overview of the research into intelligence over the past 150 years or so provide a great insight into one of the lesser known factors that influence our social interactions and professional hierarchies.

Required knowledge would likely include a basic grasp of experimental and statistical methods and a rough comprehension of functional neuroanatomy. I’ve done a little informal reading on these topics and that was adequate in helping me understand this book.

I enjoyed reading it and would advise people to watch Dr Haier’s contribution to ‘The Great Courses’- which is essentially a series of filmed presentations explaining the material in the book almost word-for-word, and is available (at the time of this review) on YouTube.
Ler mais
Informar abuso
Traduzir avaliação para Português