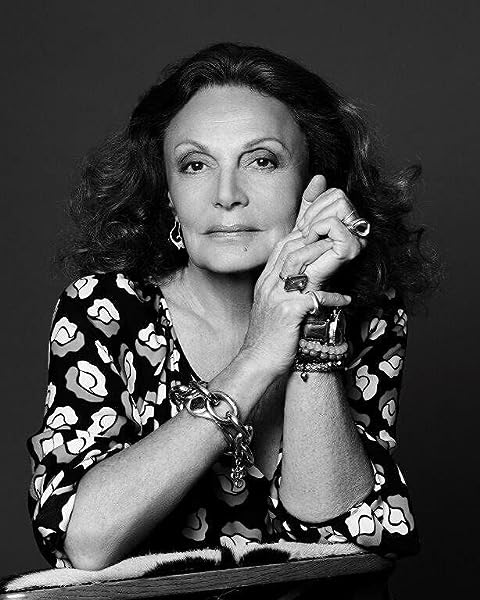 Diane von Furstenberg began her fashion career in 1970. In a 1976 cover story, Newsweek declared her 'the most remarkable woman since Coco Chanel.' Her global brand is now available in more than 70 countries worldwide. An active philanthropist, she was president of the Council of Fashion Designers of America from 2006-2019. She has written several books, including Diane: A Signature Life and The Woman I Wanted to Be.

She's been a champion of women her entire life, supporting and empowering emerging women leaders across the globe. In 2010, with the Diller-von Furstenberg Family Foundation, Diane established the DVF Awards to honor and provide grants to women who have displayed leadership, strength and courage in their commitment to their causes. She served as president of the Council of Fashion Designers of America from 2006-2019. In 2015, she was named one of TIME's 100 Most Influential People and the following year, she received the CFDA Swarovski Award for Positive Change. In September of 2019, Diane von Furstenberg was inducted into the National Women's Hall of Fame honored for her leadership and achievements which have changed the course of history. She currently serves on the boards of Vital Voices, the Academy Museum of Motion Pictures and the Statue of Liberty-Ellis Island Foundation.

She has written several books, including Diane: A Signature Life, The Woman I Wanted to Be, and the forthcoming Own It: The Secret to Life, to be published in March 2021.

Amazon Customer
1,0 de 5 estrelas waste of money
Avaliado no Reino Unido em 21 de março de 2021
Compra verificada
I would not buy this book, it is basically DVF own definitions of words. I thought it was an inspirational book but it is more of a dictionary. With the book's title I expected somethign completely different. Very light and not worth buying.
Ler mais
4 pessoas acharam isso útil
Informar abuso
Traduzir avaliação para Português

blue3
3,0 de 5 estrelas Stylish book
Avaliado no Reino Unido em 16 de março de 2021
Compra verificada
As you would expect, this book is very stylish and great to look at. It is quite light on content and so is a good book to dip in and out of for a pick me up or refocus when you might need it. Some nice messages in here, with a light bright tone.
Ler mais
1 pessoa achou isso útil
Informar abuso
Traduzir avaliação para Português

Fred
5,0 de 5 estrelas Working with this now
Avaliado no Reino Unido em 13 de agosto de 2021
Compra verificada
My wife is working with this book now, although it took a little time to get in to it.
Ler mais
Informar abuso
Traduzir avaliação para Português