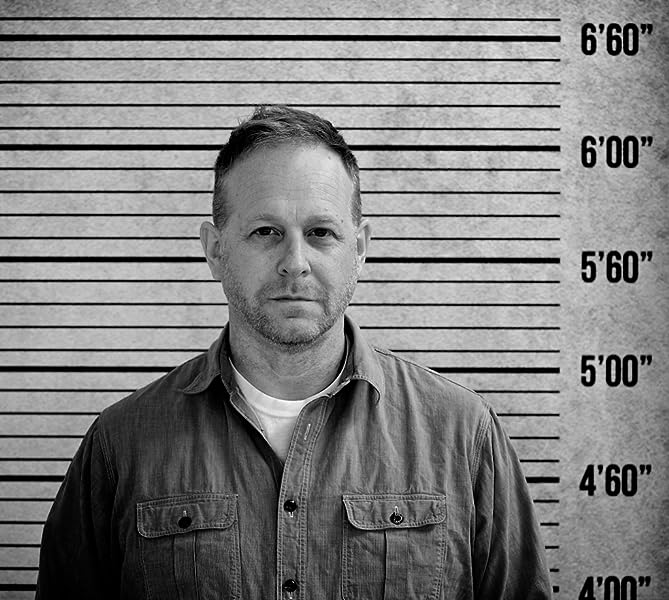 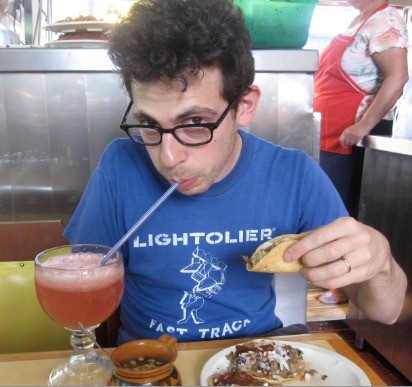 ANDY RICKER worked in restaurants all over the world before opening his first restaurant, Pok Pok, in Portland. He has since gone on to open Whiskey Soda Lounge, Pok Pok Noi, and Sen Yai in Portland, and Pok Pok NY in New York City.

JJ GOODE has co-written several books including Pok Pok with Andy Ricker, April Bloomfield's A Girl and Her Pig, and Morimoto with Masaharu Morimoto.

“One more plate of laap—please, Andy,” was my plea. I needed more. I had just finished a plate of this Northern Thai dish of chopped meat (pork, in this instance) mixed with spices and herbs. I have eaten laap many times before—it is a regional classic. However, this rendition was irresistible. The minced pork was rich and smoky, the spices bitter and tangy, the herbs enticingly aromatic. The combination of all these flavors left a wonderful taste that lingered long after I’d finished my last bite. I simply just had to order a second plate.

I confess I was surprised by how good it was; really, it had no right to be so delicious. After all, I was sitting in Portland, Oregon—a far, far cry from Chiang Mai, the Northern Thai city that is this dish’s home.

I guess I shouldn’t have been astonished. Andy may have opened his first Pok Pok restaurant in Portland, but the food he cooks has deep roots in Thailand. It might seem strange that this six-foot-tall Vermonter is cooking Northern Thai food so well, until you understand Andy’s love for the Thais, their cuisine, and in particular the hazy mountainous province of Chiang Mai. Andy makes regular visits to Thailand, where he trawls the markets—watching, asking questions, and collecting recipes. He chats engagingly with local cooks, who share with him tips and techniques—but he is also a keen observer, and gets ideas and knowledge from furtively watching other, unsuspecting cooks. Either way, by whatever means, Andy gets the goods.
Whenever Andy comes to Thailand, I see him in Bangkok, where I live, and occasionally we travel together up-country. Accompanying Andy as he pursues his culinary quarry can be exhausting. He moves quickly from shop to shop, market to market, or village to village with nary a regard for his fellow travelers. He walks past the stalls that don’t pass muster, refusing to stop, while those of us in his wake bleat plaintively, wanting to eat, looking longingly at dishes he dismisses and leaves untouched. Mr. Ricker demands the best and thus he commands my respect, even if I do often end up hungry, tired, and sulky.

Andy has turned his not being Thai into an advantage. He is not limited by an inherent belief, as many Thais are, that his mother’s is the best and the only way to cook. His approach is much broader and more encompassing; he casts his culinary net wider, across all of Northern Thailand and its verdant and fertile fields.

Andy first backpacked through Asia and landed in Thailand in 1987, around the time I was making those same laps. I am surprised I didn’t run into him. Although, given the similarity of our quests, our mutual love for Thailand, and our crazy partying ways, it’s quite possible we did. . . .
Andy’s moment of culinary epiphany came over a mushroom. Mine was over a serpent head fish, clearly demonstrating that we can’t choose our moments. The objects of our inspiration—some fungi and a fish, respectively—might seem silly, but in the end, they prompted both of us to change the course of our lives, including how we eat and cook.
I still recall that sour orange curry of serpent head fish, tart with tamarind leaves, plump with flavor. The seasoning, tastes, and textures of that curry transformed my understanding of Thai food. From then on I was hooked.

I moved to Bangkok to learn about the city’s remarkable cuisine, regal past, and sophisticated tastes, opening a few swank restaurants in the process. Meanwhile, Andy was researching up-country, eating his way through the north of Thailand. Later he opened the first Pok Pok restaurant in Portland on a maxed-out credit card, a mortgage, and with little capital. In the decade since then, he has established himself as an important voice in Thai cooking and an emissary of Northern Thai food internationally.

I remember working with Andy in both New York City and Portland and being amazed at his rather informal approach to cooking, kitchens, and restaurants. His very first restaurant was built out of his kitchen and partially demolished house, the food served through a window onto his porch and into the backyard—much like some small countryside restaurant in Thailand. You see, I come from the dainty world of fine dining, where certain things—such as grilling over charcoal in smoky forty-four-gallon drums, backyard coconut pressing, drinking beer on the job out of glass jars, fermenting mustard greens on the roof, and more beer drinking—were simply not done (unfortunately). But the casual appearance of Andy’s restaurants belies the rigorous, ambitious cooking that happens in his kitchens. He is obsessed with making the very best food he can. I admire the canny way he doctors his lime juice to approximate the taste of lime juice in Thailand, the resourceful way he finds and secures Thai produce, and his faithful adherence to Thai recipes, techniques, and tastes. The restaurants may not look terribly fancy, but inside, Andy and his Pok Pok crew are complete perfectionists, constantly adjusting and tinkering with their recipes to ensure everything is right.

Andy has almost singlehandedly created a market for regional Thai cuisine in the United States. Such food was practically unknown in the US before Pok Pok, but now, many of the dishes he cooks are the objects of cultlike devotion. For proof of his swashbuckling success, simply observe the lines that wind down the street outside of the Pok Pok restaurants. People clamor for his food—a style of cooking that they didn’t know existed before 2005. One excellent example is that delectable pork laap, which was as lip-smackingly good as any version I have found in Thailand.

While eagerly waiting for my second plate, I looked across our table—with its now-empty plates of grilled sausages, noodle salads, soups, curries, and chili dips—to the other tables of equally replete and happy diners. I couldn’t help but wonder, what would this damned skillful cook do next?

Well, you’re now holding Andy’s latest project: the Pok Pok cookbook. In it, Andy chronicles Chiang Mai’s wide-ranging culinary repertoire—including my longed-for pork laap, a sour orange curry quite similar to the one that first enthralled me so many years ago, and many other Northern dishes. This book is the product of years and years of research, practice, and experience, and clearly demonstrates why Andy and Pok Pok are so successful: great food; honest, practical advice and guidance; and a sincere desire to please without compromising the integrity of the cuisine. It’s a winning recipe.

Amazon Customer
5,0 de 5 estrelas Really very good
Avaliado no Reino Unido em 4 de janeiro de 2014
Compra verificada
Hurrah !.... A thai cookbook that's not dumbed down..... no hold back on proper in your face flavour profiles. Exciting, challenging, a bugger to get hold of some of the ingredients I warn you now but worth the effort Not just the usual curries but also rellishes , salads (Thai style) , grilled dishes, all sorts.

I made the Kaeng Hung Leh tonight..... bloody lovely !

Some of it is pushing boundries ..... som tam with fermented fish and salted mud crab for example.....but that's all good in my book.

If David Thompsons "Thai" is the venerable and knowledgeable grand parent then Pok Pok is the upstart but talented facebook generation grandchild.

Update : Made the Som Tam the Pok Pok way (with tamerind water and palm sugar) which is differnt to my usual way....and it's great.....so another hit.

D. Taylor
5,0 de 5 estrelas Great Thai Street Food Cookbook
Avaliado no Reino Unido em 18 de fevereiro de 2014
Compra verificada
Having travelled a few times to Thailand I live the street food and restaurants. I have been looking for a book like this for some time to replicate the food I love.

This has many if those recipes. Whilst some if the ingredients are hard to find you will get most in Chinese supermarkets or online.

Great book, tells you how to do many of the greats and pastes, etc.