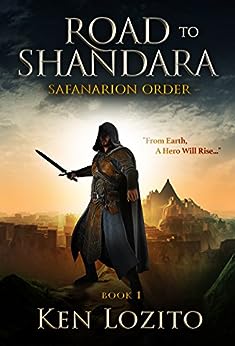 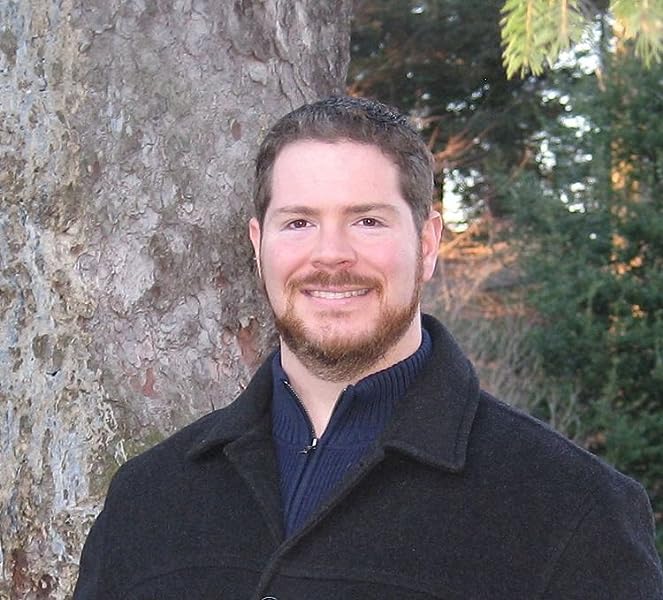 Aaron Jace had a normal life until they came for him. Now he’s being hunted. Assassins will stop at nothing to find him. Aaron is from Earth, his family is not. He is the last scion of an ancient and powerful family. Thrust into another world, Aaron must find his way to the one man who can help him survive.

The Road to Shandara is the first book in the captivating epic fantasy series readers describe as compelling and full of suspense. This refreshing blend of magic and technology is sure to satisfy readers of Anne McCaffrey, Terry Brooks, or Robert Jordan. Start your journey now.

Find out why thousands of readers have fallen for Ken Lozito’s thrilling fantasy series!
Grab the first book in your next fantasy series today!

What readers are saying about the Road to Shandara

Scroll up and buy the series today!
Leia mais
Previous page
Next page

I'm Ken Lozito, and I write fantasy, science fiction, and thriller adventure stories. The only thing I enjoy more than reading a great book is writing them. My main focus is to write books that I would like to read and I hope you enjoy them as well. You can find out more about me and upcoming books on my website at http: //kenlozito.com --Este texto se refere à edição paperback.

Hayley Morris
1,0 de 5 estrelas Truly dreadful
Avaliado no Reino Unido em 24 de outubro de 2015
Compra verificada
It's rare for me to give a poor review as I know what goes into writing a book. It's even rarer for me to give up on a book part way through, but this one ticks both boxes. If there was an option to give zero stars, I'd have selected it.

The characters were introduced with no back story whatsoever, their actions and reactions were unrealistic, it's hard to follow what's happening to them and frankly I wasn't brought round to caring about any of them.

Story lines don't necessarily have to be completely believable, many perfectly entertaining fantasy novels require this to be overlooked, but this story is pushing the boundaries. Basically, it's silly.

The writing itself was what really made me wince however. Far too many instances of entirely inappropriate words being used (smirking on hearing of a death), and appalling grammar and sentence construction which often left one confused about the subject of the verb. This book appears to have been run through a spell check to remove typos which has, of course, left incorrect but similar words unchanged.

This book could, perhaps, have been retrieved by being proof read then seriously edited. The synopsis was intriguing and the first few chapters did show promise.

In summary, it's confusing, fractured and ultimately not worth the effort.

Steve
2,0 de 5 estrelas Cliched rehash of an old plot
Avaliado no Reino Unido em 21 de novembro de 2015
Compra verificada
The book rehashes a standard, cliched plot, that of the lost heir, rescued as a baby and living as a farmboy unware of his heritage until he's called upon to save the world. It's a fairly ordinary version, pretty much a rewrite of the "Superman" story. Very American-centric, the hero is a 50's style all-American boy, determined to write wrongs, fight dragons, rescue the girl, and bring justice and democracy to replace the evil High king. No wicked commies (yet). The characters' behaviour was fairly predictable, and unimaginative, others have used the same plot to better effect.
As other reviewers have commented, the writing isn't great, with poor choice of words and bad grammar, it really shows all the signs of a book in need of a good editor. Nothing new here, I read it because it was free, I would have regretted paying for it and won't be paying for the sequel.
Ler mais
3 pessoas acharam isso útil
Informar abuso
Traduzir avaliação para Português

Critic
3,0 de 5 estrelas Good but could be so much better.
Avaliado no Reino Unido em 7 de dezembro de 2015
Compra verificada
I would suggest that the author uses an editor or proof reader, the reason being that the story occasionally skips about, also some of the grammar is strange... It did seem to get better (not all correct), as the book unfolded, (or maybe I just got used to the strange pattern the writing has.
Having said all that the story itself is good, it made me persevere and left me wanting to buy the next one in the series, so hopefully that in itself is a reccomendation to give this book a go.
Ler mais
Informar abuso
Traduzir avaliação para Português

Stuart Burton
5,0 de 5 estrelas I can't wait to read the follow book.
Avaliado no Reino Unido em 1 de abril de 2016
Compra verificada
I love the stories of ancient Rome and the many battles fought so was drawn to this book by judging the cover. I quickly got hooked with the storyline and although I usually loathe science fiction and fantasy this book had me totally engrossed all the way through. Unlike other reviews the characters were very well described and if one is going to read fantasy then you go with the flow without questioning incredible action scenarios. My one and only disappointment was when I finished the book but the story was far from finished. I am going to purchase the next instalment in a moment and once again get engrossed in this well written tale. Love it.
Ler mais
Informar abuso
Traduzir avaliação para Português

Cleever
1,0 de 5 estrelas lightweight
Avaliado no Reino Unido em 8 de maio de 2017
Compra verificada
There were many things I didn't like about this book. The characters you don't feel for, the story that seems simplistic and poorly developed, the general style of writing. I didn't finish it, which is unusual for me. Generally there are a lot of better books out here to spend you time on - even if it is an inexpensive book, it is still time better spent reading something else.
Ler mais
Informar abuso
Traduzir avaliação para Português
Visualizar todas as avaliações
Voltar ao início
Conheça-nos
Ganhe dinheiro conosco
Deixe-nos ajudar você
Pagamento
E não se esqueça:
© 2021-2022 Amazon.com, Inc. ou suas afiliadas