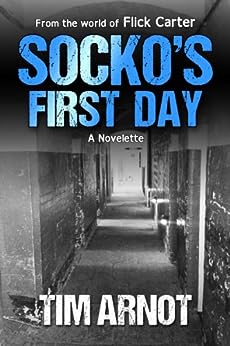 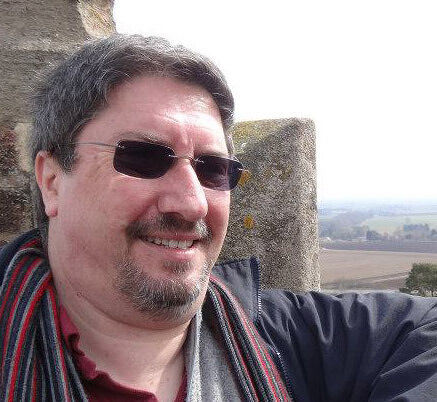 Lord & Lady Doggett
4,0 de 5 estrelas An hour or so well spent...
Avaliado no Reino Unido em 18 de novembro de 2014
Compra verificada
This novella was my first taste of the imagination of Tim Arnot and his teenage character 'Socko'.
The story was easy to read and well written, being told entirely in the first person by the titular young hero, and I'm sure would be eagerly devoured by any teenager (or adult) looking for transportation to a post-apocalyptic future world. As an introduction to the character it works extremely well, and we do get to know him quickly, and find ourselves drawn in.
However it is the fact that it is a novella - something I don't usually read - and not a full length book that creates my only gripe. I wanted more. Not so much of the story, which was well planned and executed, but I needed more detail, we are told it is future world devoid of modern technology, but we're not really shown this, there are plenty of references, but it's all a little short on description.
SPOILER ALERT: Without wanting to give too much away a crime is committed (and solved), this also could have been padded out, more clues offered to the reader, more suspense and build up, but then perhaps I'm being unfair, within the limited word count Tim does manage to tell a good story.
There's definitely enough here for me to want to go and investigate one of the author's full length works, and perhaps if I had done this first I may have had a better understanding of the setting in which 'Socko's First Day' is set.
Over all though an enjoyable story, which I was glad to haven given an hour or so of my time to read.
Ler mais
1 pessoa achou isso útil
Informar abuso
Traduzir avaliação para Português

Ignite
5,0 de 5 estrelas Very good indeed!
Avaliado no Reino Unido em 28 de janeiro de 2014
Compra verificada
Socko Garrett is old enough for The Choosing, where all 15 year olds are taken on as apprentices at an annual fair. Nobody chooses him so he ends up in the watch - the police. He's later discovered, headhunted we'd say these days, by the Kingsmen, the elite militia answerable only to the monarch. They choose him because, unlike most of the local watch, he has a brain.

This is one of Tim Arnot's short stories set in his post-apocalyptic world. Some of the characters are common to these short stories and the full length novel, ‘Wanted’ but the novelettes stand well as stories in their own right. There’s a wry humour in these tales which I greatly enjoy. They're very good indeed.
Ler mais
1 pessoa achou isso útil
Informar abuso
Traduzir avaliação para Português

AvaK
5,0 de 5 estrelas Not what I was expecting!
Avaliado no Reino Unido em 31 de janeiro de 2014
Compra verificada
I purchased this and tbh wasn't sure what to expect. What I got was a great story! I totally loved Socko's character and the story was engaging and kept my attention til the end. If I had any complaints it would be it was too short - I wanted to keep reading at the end - so I purchased Socko's First Case! Am loving that one too.
Ler mais
1 pessoa achou isso útil
Informar abuso
Traduzir avaliação para Português