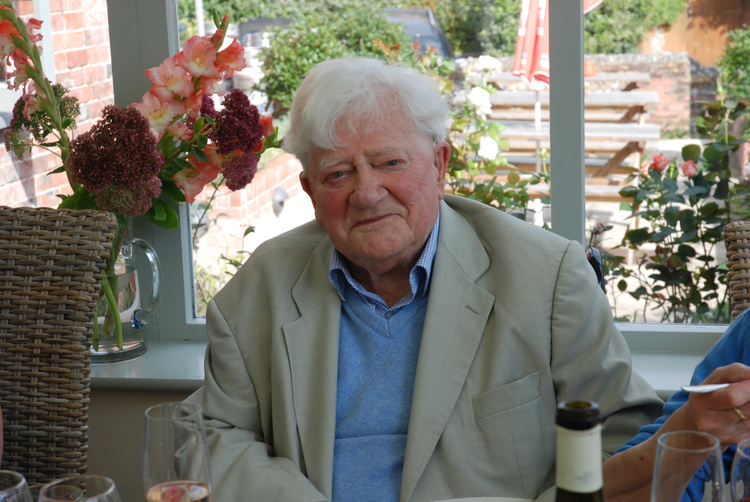 Mr E.
4,0 de 5 estrelas A fun but slightly uneven reunion with our old friends from the Down.
Avaliado no Reino Unido em 30 de julho de 2018
Compra verificada
Some lovely stuff in here. And some that wasn't so well done as the original book. A collection of short stories rather than a fully coherent narrative.

One thing that stuck out as glaringly not as good, was the story of Stonecrop, the escaped rabbit who smelled of man. It's handwaved that Watership Down has already managed to assimilate three hutch rabbits, bred in captivity - so why should they have such trouble with him (who was born to a wild mother), and why didn't Clover and Haystack argue on his behalf? And the ending is a bit of a deus-ex-machina too, although all ends up well.

The other stories are mostly better - whether the El-ahrairah stories (mostly told by Dandelion, with a couple by Bluebell) or the stories of how the Watership rabbits fared in the following couple of years, including the rapprochment with Campion's reformed Efrafa, the founding of Groundsel's new warren, Hyzenthlay as a co-chief with Hazel, and some interesting outsiders. Sadly the fear of Man by wildlife, running through several of the stories, is as well-founded as ever, and one thinks the author may be growing increasingly cynical - and who is to say that we do not deserve it?

Jonathan Ettrick.
5,0 de 5 estrelas Country memories.
Avaliado no Reino Unido em 26 de agosto de 2016
Compra verificada
A remembrance of living in the English countryside nearly seventy years ago and exploring all the simple things and pleasant things around in the fields, the woods, and the hedges in the days when an eight years old could safely fetch the cows along the main road to be milked at six o'clock in the morning without the slightest risk from traffic or strangers.
Ler mais
8 pessoas acharam isso útil
Útil
Enviando feedback...
Agradecemos seu comentário.
Desculpe, o registro do seu voto falhou. Tente novamente
Informar abuso
Traduzir avaliação para Português

Sally
4,0 de 5 estrelas Not a sequel, only quite good
Avaliado no Reino Unido em 23 de novembro de 2014
Compra verificada
Having reread the book it is interesting to read more of some of the characters but this is not a sequel, just extra padding. Not a cracking good read but a collection of short stories about El-ahrairah, Hazel, Hyzanthlay etc. Largely consistent with the original although the one re the rabbit that smelt of mankind made me wonder how the hutch rabbits were assimilated so easily in the main book.
Ler mais
3 pessoas acharam isso útil
Útil
Enviando feedback...
Agradecemos seu comentário.
Desculpe, o registro do seu voto falhou. Tente novamente
Informar abuso
Traduzir avaliação para Português

Osaka
4,0 de 5 estrelas Doesn't live up to the original novel, but still an enjoyable read.
Avaliado no Canadá em 19 de setembro de 2017
Compra verificada
This is a collection of side stories related to Watership Down. Richard Adams chose to explore some side adventures featuring some original characters along with some new rabbits. Many more legendary tales of El-Ahrairah are also presented, which are not quite as good as those featured in the original novel but still are a welcome addition to the Watership Down lore. This book is geared toward children more than the original was, as most of the thought-provoking elements where removed and the sense of danger and adventure greatly toned down. Even with all this though I still enjoyed the book and would recommend it if you want more Hazel and co. and more stories of El-Ahrairah.
Ler mais
1 pessoa achou isso útil
Útil
Enviando feedback...
Agradecemos seu comentário.
Desculpe, o registro do seu voto falhou. Tente novamente
Informar abuso
Traduzir avaliação para Português
Carregar mais avaliações internacionais

Evelyn Hinz
5,0 de 5 estrelas Well done!
Avaliado na Alemanha em 6 de maio de 2015
Compra verificada
If you expect a similar story-telling like in Watership Down, you'll be disappointed. But this book never intended to be a sequel. If you loved the way rabbit-culture and the rabbit-folk-tales about El-ahrairah were introduced, this book is definetly worth reading. It's no real comparison, because the Tolkien Universe was so much more elaborated, but I felt a bit the same way about both authors: If you read the Lord of the Rings, it's a really good story. If you continue to read the Silmarillon and Unfinished Tales, the Lord of the Rings becomes so much more because of its historical and mythical background. I feel this applies to Watership Down and Tales from Watership Down kind of as well. This book makes Watership Down even better in some way.
Ler mais
Útil
Enviando feedback...
Agradecemos seu comentário.
Desculpe, o registro do seu voto falhou. Tente novamente
Informar abuso
Traduzir avaliação para Português

Brit
5,0 de 5 estrelas Great book!
Avaliado no Canadá em 7 de julho de 2016
Compra verificada
If you are a fan of Richard Adam's Watership Down, you will love this book! It is full of echanting tales and makes for a good read to past some time. I highly suggest this read.
Ler mais
Útil
Enviando feedback...
Agradecemos seu comentário.
Desculpe, o registro do seu voto falhou. Tente novamente
Informar abuso
Traduzir avaliação para Português