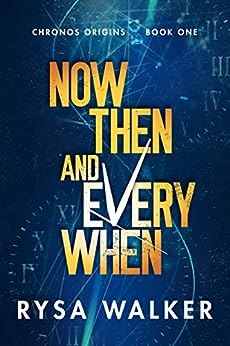 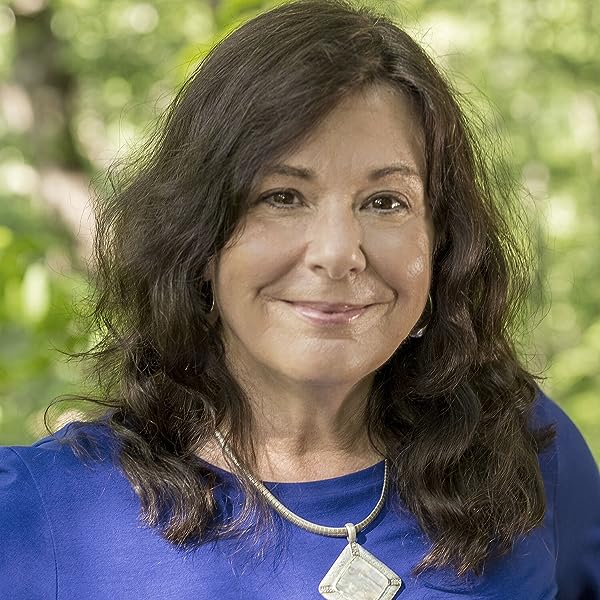 Rysa Walker is the bestselling author of The Delphi Trilogy (The Delphi Effect, The Delphi Resistance, and The Delphi Revolution) and the CHRONOS Files series, which includes Timebound, winner of the Grand Prize in the 2013 Amazon Breakthrough Novel Awards, Time's Echo, Time's Edge, Time's Mirror, Time's Divide, and Simon Says: Tips for the Intrepid Time Traveler. Her career had its beginnings in a childhood on a cattle ranch, where she read every book she could find, watched Star Trek and The Twilight Zone, and let her imagination soar into the future and to distant worlds. Her diverse path has spanned roles such as lifeguard, waitress, actress, digital developer, and professor--and through it all, she has pursued her passion for writing the sorts of stories she imagined in her youth. She lives in North Carolina with her husband, two youngest sons, and a hyperactive golden retriever. Discover more about Rysa and her work at www.rysa.com.

Melissa
5,0 de 5 estrelas Time Travel Done Right
Avaliado no Reino Unido em 21 de março de 2020
Compra verificada
I'm a sci-fi junkie and have spent decades consuming it in all it's varied forms. I love time travel stories the most, my mind likes to twist itself around the complexities of the multiverse at every given opportunity.To me , there's nothing more fascinating then a good time travel yarn.

It ticks all the boxes: character, plot, settings, dialogue are all spot on. I love the era they travel back to and the complexity of the problems they solve. I'd highly recommend reading it.
This book REALLY filled the bill.

Mrs_Schofield
2,0 de 5 estrelas Amazon First Reads
Avaliado no Reino Unido em 15 de março de 2020
Compra verificada
I got this book via the Amazon First Reads selection.
This book was okay. I love time travel and this book is time travel from the future to the 20th Century. The concept of an organisation of historians who investigate history through experiencing it was really interesting. I liked that each historian had a very specific topic they covered, such as religion, gender, or music from 1960's USA.
I didn't realise when I selected this book that it's a prequel to a whole series of books. As it was a prequel I didn't think it would matter too much that I haven't read the other books. However, I found myself feeling like I was missing the significance of people mentioned. There were a lot of name in this book - I was even struggling to keep track of Madi's family to be honest, never mind the time traveling historians or the people of historical significance!
I've put this book under "alternate history" but there wasn't a huge amount of "alternate" about it. Thanks to a plot McGuffin, we don't really get to see how things would look if various events of the 60's had been different.
Overall, this book was okay. An interesting premise, but very complicated to follow and loads of names!
Ler mais
2 pessoas acharam isso útil
Informar abuso
Traduzir avaliação para Português

Allen Wilson
1,0 de 5 estrelas Very poor
Avaliado no Reino Unido em 17 de abril de 2020
Compra verificada
Some basically good ideas, but so politically correct, with those nasty non progressive sexists and racists and fascists depicted as the bad guys and the liberal progressives as the inevitable good guys and winners, all with a superficial time travel theme. Away from the underlying politics, the time travel aspects and paradoxes are poorly thought out and confused, and the characters are only barely sketched in, leading to an irritating confusion over who is who. I've put my copy in recycling, where it might be turned into something more interesting, such as junk mail.
Ler mais
3 pessoas acharam isso útil
Informar abuso
Traduzir avaliação para Português

Mr. Robin Glover
3,0 de 5 estrelas Chronic Chaos!
Avaliado no Reino Unido em 24 de setembro de 2020
Compra verificada
Bit of an odd one this. I'm aware it's a precursor to a series and it's more or less billed as something that sets the series up, but... The problem is you might need a pen and paper to keep track of all the different characters and time periods and their various connections to the main linear characters, within what feels like a patchwork that takes too long to get to any point it's story is trying to make. Generally speaking, I'm more comfortable with a linear point of view and how, for example, the time travel aspect fits in (or any kind of theme a book is trying get across), whereas here it's all over the place before you even glimpse how it all fits together. It also overplays the 'fish out of water' aspect from a futurist's POV, by overemphasising how someone would feel and react if they went back in time three hundred years to our present day, obviously, coming from three hundred years in our future. Clever stuff maybe but, the book portrays it dully in my opinion (having to deliver fried chicken instead of using a drone delivery in one case without a hint as to how some protagonists in the scene fit in till later, yet again - yawnarama for me). I think it's trying too hard to set up the series and not focussing fast enough on the story at hand, and given the boredom factor of page after page of trite dialogue, poor story management and an obvious attempt to sell more of the series, I realise it's not for me and I won't be looking to read more from this author, who's turned time travel, which should be exciting, into a mundane trip to the dentist. Three stars purely for the skill in which it has been written, imagination of what the future might be like, although a lot of similar Star Trek tech is clearly on display and for the quality of paper used in printing this book. This is definitely for the die-hard sci-fi fan and not for readers who enjoy a thrill with their time travel.
Ler mais
1 pessoa achou isso útil
Informar abuso
Traduzir avaliação para Português

LfK
2,0 de 5 estrelas Confusing profusion of characters and time periods
Avaliado no Reino Unido em 8 de março de 2020
Compra verificada
I read this as an Amazon First Reads book. It was very hard to sift through the characters and work out who was who and who was related to who and how it all is meant to work. I lost track of certain characters. For example, I didn’t understand Other-Kate. I didn’t understand how the Cyrist religion got started, although late in the book there’s a reference to someone going back in time to start it in c1900. It all felt very messy and much too complicated a narrative. The characters weren’t brilliantly drawn either. A pity. With better editing it could have been a good read. I won’t try any of the author’s other books.
Ler mais
3 pessoas acharam isso útil
Informar abuso
Traduzir avaliação para Português
Visualizar todas as avaliações
Voltar ao início
Conheça-nos
Ganhe dinheiro conosco
Deixe-nos ajudá-lo
Pagamento
E não se esqueça:
© 2012-2021, Amazon.com, Inc. ou suas afiliadas