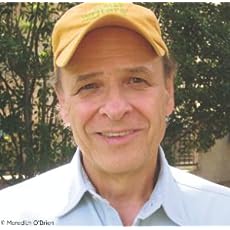 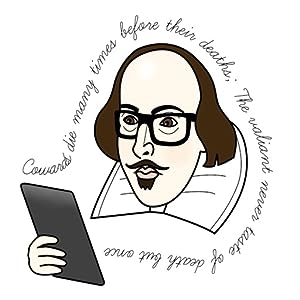 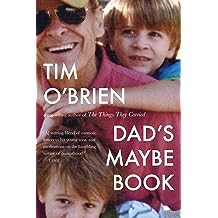 In 2003, already an older father, National Book Award–winning novelist Tim O’Brien resolved to give his young sons what he wished his own father had given to him—a few scraps of paper signed “Love, Dad.” Maybe a word of advice. Maybe a sentence or two about some long-ago Christmas Eve. Maybe some scattered glimpses of their rapidly aging father, a man they might never really know. For the next fifteen years, the author talked to his sons on paper, as if they were adults, imagining what they might want to hear from a father who was no longer among the living.

O’Brien traverses the great variety of human experience and emotion, moving from soccer games to warfare to risqué lullabies, from alcoholism to magic shows to history lessons to bittersweet bedtime stories, but always returning to a father’s soul-saving love for his sons.

The result is Dad’s Maybe Book, a funny, tender, wise, and enduring literary achievement that will squeeze the reader’s heart with joy and recognition. 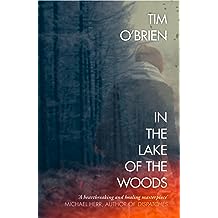 A remarkable novel from the National Book Award-winning author of ‘Going After Cacciato’ and ‘The Things They Carried’, which combines the power of the finest Vietnam fiction with the tension of a many-layered mystery.

In a remote lakeside cabin deep in the Minnesota forests, Kathy Wade is comforting her husband John, an ambitious politician, after a devastating electoral defeat.

Then one night she vanishes, and gradually the search for Kathy becomes a voyage into the darkest corners of John Wade’s life, a life of deception and deceit – the life of a man able to escape everything but the chains of his darkest secret. 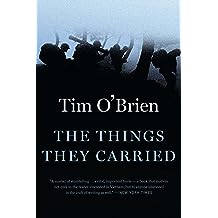 A classic work of American literature that has not stopped changing minds and lives since it burst onto the literary scene, The Things They Carried is a ground-breaking meditation on war, memory, imagination, and the redemptive power of storytelling.

The Things They Carried depicts the men of Alpha Company: Jimmy Cross, Henry Dobbins, Rat Kiley, Mitchell Sanders, Norman Bowker, Kiowa, and the character Tim O’Brien, who has survived his tour in Vietnam to become a father and writer at the age of forty-three.

Taught everywhere—from high school classrooms to graduate seminars in creative writing—it has become required reading for any American and continues to challenge readers in their perceptions of fact and fiction, war and peace, courage and fear and longing.

The Things They Carried won France's prestigious Prix du Meilleur Livre Etranger and the Chicago Tribune Heartland Prize; it was also a finalist for the Pulitzer Prize and the National Book Critics Circle Award. 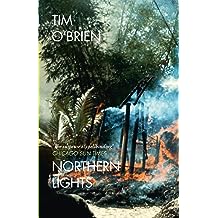 The acclaimed novel from the award-winning author of ‘If I Die in a Combat Zone’, ‘Going After Cacciato’ and ‘In the Lake of the Woods’.

The action in ‘Northern Lights’ takes place not in Vietnam but back in the USA, as Tim O’Brien explores the after-effects of that war – on those who served, and those they left behind.

Set in the frozen wilderness of north Minnesota, it concerns two brothers, one who served in Vietnam, and has returned tough, cynical and world-weary; and the other who stayed at home. When they take off on a long skiing trip together through the frozen woods, they quickly get lost in a blizzard, and are tested to their limits as they face a battle against the elements and each other. 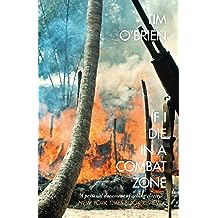 Hailed as one of the finest books to emerge from the Vietnam War, If I Die in a Combat Zone is a fascinating insight into the lives of the soldiers caught in the conflict.

First published in 1973, this intensely personal novel about one foot soldier’s tour of duty in Vietnam established Tim O’Brien’s reputation as the outstanding chronicler of the Vietnam experience for a generation of Americans.

From basic training to the front line and back again, he takes the reader on an unforgettable journey – walking the minefields of My Lai, fighting the heat and the snipers in an alien land, crawling into the ghostly tunnels – as he explores the ambiguities of manhood and morality in a war no one believes in. 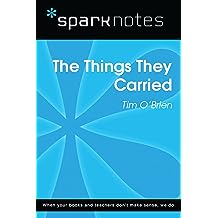 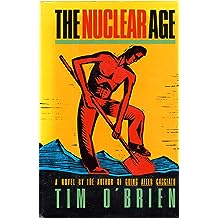 The Nuclear Age (English Edition) 13/03/2013
Tim O'Brien
( 15 )
R$47,24
Going After Cacciato (winner of the National Book Award in 1979) was widely acclaimed as one of the most powerful and emotionally vivid novels about Vietnam. Now, writing with the same sharp, richly expressive language, the same edgy dark humor and complete honesty, and the same rawness of nerve and energy, Tim O’Brien gives us an equally powerful novel about growing up as a child of anxiety—the big anxiety, the one that’s been with us since the fifties, when we finally realized that Einstein’s theories translated into Russian.

It’s 1995 and William Cowling is digging a hole in his backyard. He is forty-nine, and after years and years of pent-up terror he has finally found the courage of a fighting man. And so a hole. A hold that he hopes will one day be large enough to swallow up his almost fifty years’ worth of fear. A hole that causes his twelve-year-old daughter to call him a “nutto,” and his wife to stop speaking to him. A hole that William will not stop digging and out of which rise scenes of his past to play themselves out in his memory.

The scenes take him back to his quietly peculiar adolescence (No. 2 pencils had a surprising significance), to his college days, down into the underground, and up through several stabs at “normal” adulthood . . . they take him from Montana to Florida, from Cuba to California, from Kansas to New York to Germany and back to Montana as he makes him way through an often mystifying—but just as often hilarious —labyrinth of fears and desires, obsessions and obligations, blessed madness and less-than-blessed sobriety . . . they take him into the lives of a shrink who’s a whiz a role reversal and of a dizzying eccentric cheerleader; of radical misfits and misfit radicals; of an ethereal stewardess (the traveling man’s dream); and two guerilla commandos who mix shtick and nightmare in their tactical brew. And each scene is a reminder of the unbargained-for-terror that has guided him to the bottom of his hole. For this digging is his final act of “prudence and sanity”—he’s taking control, getting there first, robbing his fears of their power to destroy . . . or so he believes. But is this act really sane? Is his daughter’s estimation of his emotional well-being (“pretty buggo, too”) the only truly sane statement being made? Is sanity even the issue? In the dazzling final scenes, William turns from the hole—from his past and from his future 0 to himself, digging deeper and deeper to find his answers.

The Nuclear Age is pyrotechnically funny and moving, courageous and irreverent. It takes on our supreme unacknowledged terror (whose reality we both refuse to accept and all too easily accommodate ourselves to), finds it lunatic core, and shapes it into a story that speaks of, and to, an entire age: our own, our nuclear age. It is an extraordinary novel.
Leia mais
Outras edições: : Capa dura , Capa Comum , Edição econômica 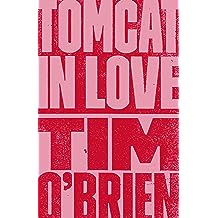 But there are complications, including Lorna Sue's brother, Herbie, with whom she has an all-too-close relationship, and the considerable charms of Chippering's new love, the attractive, and of course already married, Mrs. Robert Kooshof, who may at last satisfy Chippering's longing for intimacy.

In Tomcat in Love, Tim O'Brien takes on the battle of the sexes with astonishing results. By turns hilarious, outrageous, romantic, and deeply moving, this is one of the most talked about novels in years: a novel for this and every age.
Leia mais
Outras edições: : Capa dura , Capa Comum 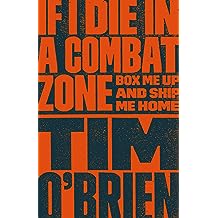 "One of the best, most disturbing, and most powerful books about the shame that was / is Vietnam."
—Minneapolis Star and Tribune

Before writing his award-winning Going After Cacciato, Tim O'Brien gave us this intensely personal account of his year as a foot soldier in Vietnam. The author takes us with him to experience combat from behind an infantryman's rifle, to walk the minefields of My Lai, to crawl into the ghostly tunnels, and to explore the ambiguities of manhood and morality in a war gone terribly wrong. Beautifully written and searingly heartfelt, If I Die in a Combat Zone is a masterwork of its genre. 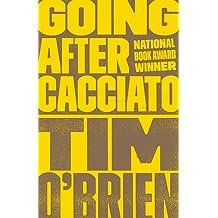 So wrote The New York Times of Tim O'Brien's now classic novel of Vietnam. Winner of the 1979 National Book Award, Going After Cacciato captures the peculiar mixture of horror and hallucination that marked this strangest of wars.

In a blend of reality and fantasy, this novel tells the story of a young soldier who one day lays down his rifle and sets off on a quixotic journey from the jungles of Indochina to the streets of Paris. In its memorable evocation of men both fleeing from and meeting the demands of battle, Going After Cacciato stands as much more than just a great war novel. Ultimately it's about the forces of fear and heroism that do battle in the hearts of us all. 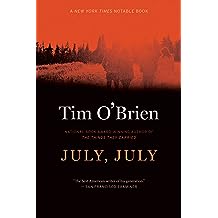 July, July: A Novel (English Edition) 01/10/2002
Tim O'Brien
( 50 )
R$89,77
A “perceptive, affectionate, and often very funny” novel about old college friends at a thirty-year reunion, by the author of The Things They Carried (Boston Herald).

From a National Book Award winner who’s been called “the best American writer of his generation” (San Francisco Examiner), July, July tells the story of ten old friends who attended Darton Hall College together back in 1969, and now reunite for a summer weekend of dancing, drinking, flirting, reminiscing—and regretting.

The three decades since graduation have brought marriage and divorce, children and careers, hopes deferred and replaced. This witty, heart-rending novel about men and women who came into adulthood at a moment when American ideals and innocence began to fade, a New York Times Notable Book, is “deeply satisfying” (O, the Oprah Magazine) and “almost impossible to put down” (Austin American-Statesman).

“A symphony of American life.” —All Things Considered, NPR