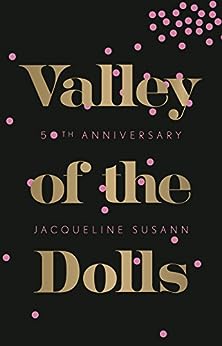 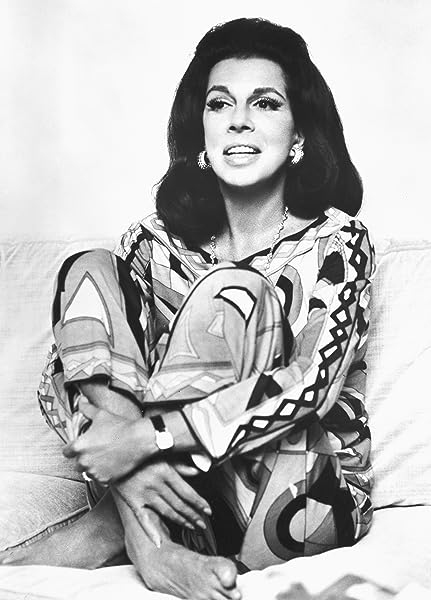 Jacqueline Susann is a legend in American publishing. Her debut novel, Valley of the Dolls, published in 1966, has sold over 31 million copies in thirty languages. Susann was the first author to have three consecutive #1 books on the New York Times bestseller list. She was married to her beloved husband, producer Irving Mansfield, until her untimely death on September 21, 1974, after a courageously fought battle with breast cancer. Susann's intensely private twelve-year fight to overcome the disease was not known publicly until after her death. She was fifty-six. --Este texto se refere à edição paperback.

Sex and drugs and shlock and more--Jacqueline Susann's addictively entertaining trash classic about three showbiz girls clawing their way to the top and hitting bottom in New York City has it all. Though it's inspired by Susann's experience as a mid-century Broadway starlet who came heartbreakingly close to making it, but did not, and despite its reputation as THE roman á clef of the go-go 1960s, the novel turned out to be weirdly predictive of 1990s post-punk, post-feminist, post "riot grrrl" culture. Jackie Susann may not be a writer for the ages, but--alas!--she's still a writer for our times. --Este texto se refere à uma edição alternativa kindle_edition

Lois Yorke
5,0 de 5 estrelas I still love this book!
Avaliado no Reino Unido em 28 de abril de 2017
Compra verificada
I first read this book in the 1970's when it was passed round at school. I still have my original copy from that period, but it is falling apart now - hence I bought a new copy.

After all these years, I still love this book, and I think it still holds up as a good read. Anne, Jenifer and Neely are three young women who become friends in 1945, in post-war New York. The book chronicles their trials and tribulations over a period of about 15 years. One becomes a big star and a horrendous diva, one becomes a model and makes a lot of money, and one a lesser star who at one stage makes "art films" in Paris. Husbands and lovers come and go, and all three women end up dependant on prescription drugs / sleeping tablets - the "dolls" of the title.

The characters are well written and the story cracks along at a fair old pace. There's a certain feminist slant to it (although I doubt that was the intention when it was written) in that the heroines live their lives on their terms; even when their men betray them and let them down. But the main thing about this book is that it is a good story; you find yourself rooting for Anne, Neely and Jennifer even if at some points the story you don't especially like them (Neely in particular!).

In its day it was considered quite shocking. It dealt with sex and drug use in a way that was seen as explicit. It certainly did not show up Hollywood and show business in a good light. It's quite fun to try to guess upon whom the characters were based, but I suspect they were not based on anyone, but were compilations, if you like, of various celebrities of the 50's and 60's.

I'm pleased that Virago have decided to release it again as a "modern classic". It's very readable and I do recommend it if you haven't come across it before. It remains one of my all time favourite good reads!
Ler mais
15 pessoas acharam isso útil
Informar abuso
Traduzir avaliação para Português

Cara Ibertsen
5,0 de 5 estrelas Jacqueline Susann - Gone but not forgotten, is still the Queen of the bonk busters!
Avaliado no Reino Unido em 16 de março de 2018
Compra verificada
Valley of the Dolls is as timely today as it was when first published in 1966. It caused quite a stir when first published spending weeks at the top of best seller lists and was one of the most talked about books of the 60s. American author Jacqueline Susann became an instant celebrity. It has not aged at all, easily holding its own when 50 years later bonk busters are more risqué yet nothing seems to shock us readers the way they used to. Jacqueline Susann was the Queen of the genre paving the way for future female best selling novelists like Jackie Collins, Judith Krantz, Jilly Cooper, Shirley Conran to name a few.

I'm surprised as a teenager in the early 70s I gave this novel a miss first time round. I would have loved it then as my appetite for bonk busting novels were those then written by Rosemary Rogers. Jackie Collins, Judith Krantz et al swiftly followed. I recently read Valley of the Dolls for the first time and I loved every page of the book - even though the sex scenes are quite tame now compared to other novels later published. The story of 3 young starlets as they climb to the top of the show biz ladder only to find that true happiness still eludes them, and their descent into drug dependency - the dolls of the title, uppers and downers, capsules or tablets, red or black washed down with alcohol, is wonderfully told. We can certainly relate to these female characters. There is a Jen, Anne and Neely in all of us. Or we know of women like them. This novel has now peaked my interest to read Jacqueline Susann's other books.
Ler mais
5 pessoas acharam isso útil
Informar abuso
Traduzir avaliação para Português

Kirsty
5,0 de 5 estrelas One of those books you hug close to your chest once you finish
Avaliado no Reino Unido em 17 de janeiro de 2017
Compra verificada
This story is light years ahead of its time talking about the highs and lows of showbusiness and the stresses that come with the obsession to stay relevant. Neely's story around her "doll" addiction makes you think about the tragic young lives taken by accidental overdoses which are still prevalent today.

I thought Helen was one of the funniest characters I've ever come across and I found myself unable to put this book down in places as I was so curious to see what happened next to her. The scene with the wig was hysterical!

I didn't care much for Lyon's character but he also highlights again the fact that fame and fortune doesn't always bring a perfect life.

A highly enjoyable read and I think it should definitely make a come back! I mentioned I was reading it to my mum and her eyes widened with delight as she remembered it! She's borrowing it now that I've finished :)
Ler mais
3 pessoas acharam isso útil
Informar abuso
Traduzir avaliação para Português

Z. V. Adams
3,0 de 5 estrelas Fame and falling in love
Avaliado no Reino Unido em 8 de agosto de 2019
Compra verificada
This is an adult novel, about the rise and fall of fame, growing up and falling in love. Anne, Neely and Jennifer become best friends in New York, in a time when women struggle to make it big. When the three begin their rise to the top, the only place to go is down – into the Valley of the Dolls… This was a book I’ve been waiting a while to read, and I can finally say that I’ve ticked it off my TBR! This is very character driven – each character is distinctive for positive and negative reasons. Anne is headstrong, trying to escape her New England upbringing, however when she falls in love, she becomes very marriage driven, which I found irritating – this was something she wanted to break away from. Jennifer lies and uses her figure and sexuality to move ahead, whereas Neely thinks she is owed everything now she has reached stardom. Neely additionally, has deep rooted mental health issues, which is attempted to be “cured” in an asylum, which I found almost stereotypical. Each lead character has their own struggles, and eventually, they each fall prey to dolls aka pills. I found those moments to be very realistic, but I found the romances a little off putting. I felt they weren’t portrayed well, and felt that there was very little plot. I did expect more from this, and I feel a little disappointed. I must remember though, that this was written during a different time and place, and for its time, it would have stood out.
Ler mais
Informar abuso
Traduzir avaliação para Português

RazorGrrl
4,0 de 5 estrelas Classic
Avaliado no Reino Unido em 19 de março de 2019
Compra verificada
Still a work of art, after all this time. I first read "Valley of the Dolls" as a teenager in the '70s, and hadn't re-read it since. Now, finding it again as a Kindle special offer for only 99p, I am delighted to discover that I have enjoyed it every but as much as I enjoyed it the first time.

Jacqueline Suzanne was a short lived genius and is still far and away the queen of the genre. Her characters, while they are definitely of the period, are nonetheless believable and sympathetic, and the themes she deals with - the shallow, often cruel world of empty celebrity and fame - are still more than relevant today.

This edition - the 50th anniversary edition - is not only a bargain at the price, but has the additional bonus of a contemporary article by Jacqueline Suzanne defending the novel against the charge of being nothing more than a 'dirty book'...