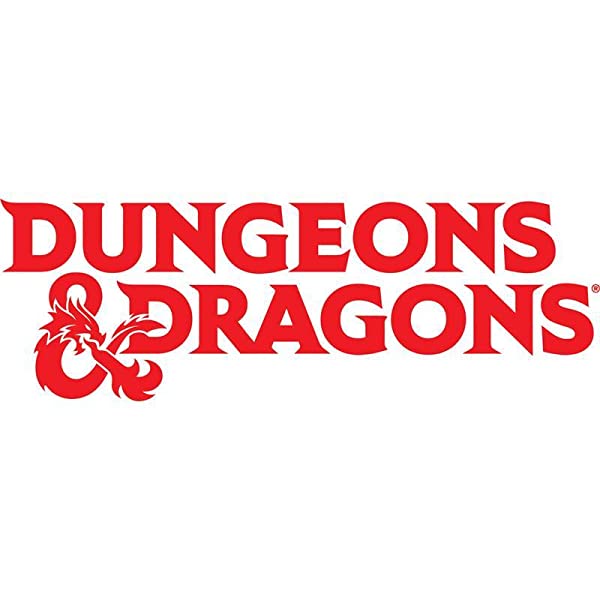 Rotgut
5,0 de 5 estrelas Volo 's Guide
Avaliado no Reino Unido em 25 de junho de 2018
Compra verificada
Well thought out and imaginative addition to the 5th Edition of Dungeons & Dragons. In keeping with the general trend in the latest iteration of the game, the stress is on storytelling rather than rules. Many of the new races available for characters are not too different in many respects to other core races (Goliaths have virtually identical stat adds to Half Orcs already described in the PHB for example) but their background and history gives roleplaying tips to make them different to play.

This volume is full of valuable resources, more powerful versions of standard Monster Manual critters ; Monster lairs (the Mind Flayer tunnel complex is extremely challenging), New races for PCs ; example NPCs; Detailed ecologies for some creature. All are useful and usable. It is a bit unwieldy in that some of the book is designed for DMS and some for players but , I suppose, that is close to the AD&D version of many moons ago, the Unearthed Arcana.

It's a shame no space could be found to credit the original creators of these creatures, I remember many of the best here (Kenku, Tabaxi, Nilbog etc) appearing in White Dwarf Magazine way back in the day , sent in by fan contributors. Still, in a way, their longevity and continued popularity, renewed in these up to date versions, are a testament to the writers who invented them,

As a resource it's a very valuable one and one that I refer to often.

However, the production quality on the book itself leaves something to be desired. The binding is poor and care has to be taken to prevent pages becoming loose from the spine whilst some of the pages in my copy weren't even cut properly. This meant that I had to carefully cut pages away from one another myself, which is hardly ideal.
Ler mais
4 pessoas acharam isso útil
Útil
Enviando feedback...
Agradecemos seu comentário.
Desculpe, o registro do seu voto falhou. Tente novamente
Informar abuso
Traduzir avaliação para Português

Jon S.
5,0 de 5 estrelas Wonderful options for any party or DM!
Avaliado no Reino Unido em 17 de agosto de 2017
Compra verificada
An excellent addition to my gaming group's universe. The new player races are very welcome - this supplement provides detailed rules for 5 new origins and stats for a handful of traditional monster races people may like to roleplay. The in-depth exploration of key D&D monsters, their habits, society and homes, really adds the worlds you can build - It has been ideal for designing campaigns pitting the players against arch enemies, where they can be immersed in the lore of the orc warlord's clan, or delve into the devious web of puppets controlled by a hag, rather than slog through a series of randomly populated dungeons.
Ler mais
3 pessoas acharam isso útil
Útil
Enviando feedback...
Agradecemos seu comentário.
Desculpe, o registro do seu voto falhou. Tente novamente
Informar abuso
Traduzir avaliação para Português

Amoeba
3,0 de 5 estrelas Back Pages Glued Together
Avaliado no Reino Unido em 3 de março de 2018
Compra verificada
I'm thoroughly enjoying reading through this and it's really helping me to formulate characters and flesh out backgrounds of existing ones.
I would highly recommend getting this product if you are interested in Dungeons and Dragons Fifth Edition. Of course, I am new to the game, so I won't claim experience where I don't have it.

I was disappointed, however, when flipping through all the pages, to find that pages from "Kraken Priest" onwards were glued together at the corners and glued to the back of the book. I had to prise them apart to be able to read them and subsequently, there are pieces missing at the top of each of these pages. While this hasn't impaired my ability to read these pages, it has made my book look ragged.

MintyLambchop
1,0 de 5 estrelas Unacceptably poor quality.
Avaliado no Reino Unido em 5 de janeiro de 2020
Compra verificada
Imagine my utter embarrassment when my nephew opened this only to find the pages stuck together and damaged. I have no idea why anyone would think it is ok to send out DAMAGED goods to customers. Unfortunately, my nephew wanted to keep the book regardless or the damage, and as it was a gift I respected his wishes, so I could not return it.
Ler mais
1 pessoa achou isso útil
Útil
Enviando feedback...
Agradecemos seu comentário.
Desculpe, o registro do seu voto falhou. Tente novamente
Informar abuso
Traduzir avaliação para Português
Carregar mais avaliações internacionais

ben tutt
4,0 de 5 estrelas Print issue
Avaliado no Reino Unido em 9 de março de 2020
Compra verificada
I’ve had a couple of issues with D&D books from amazon recently, not sure if this is amazons error or wizards of the coast but my copy of Volos arrived with the Pages having been bound upside down and back to front, while this isn’t exactly a problem it’s a pain, not sure if this is a current print issue but one to look out for if your buying at the moment
Ler mais
Útil
Enviando feedback...
Agradecemos seu comentário.
Desculpe, o registro do seu voto falhou. Tente novamente
Informar abuso
Traduzir avaliação para Português
Carregar mais avaliações internacionais

PMBW
1,0 de 5 estrelas AMAZING BOOK, Horrible shipping
Avaliado no Reino Unido em 16 de dezembro de 2019
Compra verificada
Great book, absolute gem and should be a good fit for anyone getting into DnD. Very nice, came in good condition... when it came. Ordered it 24th November at normal 3-5 days shipping time. Only just got it today (16th December) and only got it shipped out to me after I threatened going to amazon and my bank (Books and Cookies was the company). So be wary of who you buy it from.
Ler mais
Útil
Enviando feedback...
Agradecemos seu comentário.
Desculpe, o registro do seu voto falhou. Tente novamente
Informar abuso
Traduzir avaliação para Português