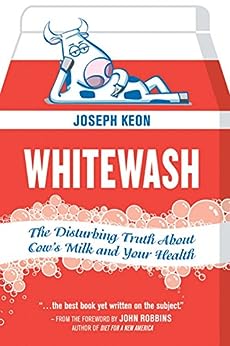 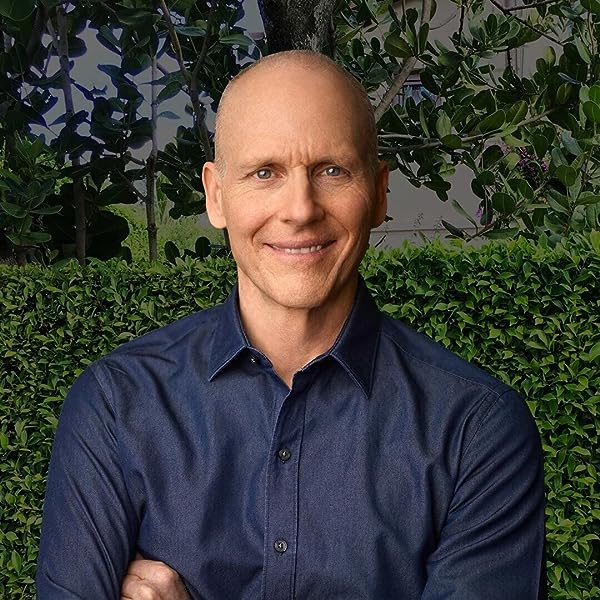 North Americans are some of the least healthy people on Earth. Despite advanced medical care and one of the highest standards of living in the world, one in three Americans will be diagnosed with cancer in their lifetime, and 50 percent of US children are overweight.

This crisis in personal health is largely the result of chronically poor dietary and lifestyle choices. In Whitewash, nutritionist Joseph Keon unveils how North Americans unwittingly sabotage their health every day by drinking milk, and he shows that our obsession with calcium is unwarranted.

Citing scientific literature, Whitewash builds an unassailable case that not only is milk unnecessary for human health, its inclusion in the diet may increase the risk of serious diseases including:

Many of America's dairy herds contain sick and immunocompromised animals whose tainted milk regularly makes it to market. Cow's milk is also a sink for environmental contaminants and has been found to contain traces of pesticides, dioxins, PCBs, rocket fuel, and even radioactive isotopes.

Joseph Keon has been a wellness consultant and nutrition and fitness expert for over twenty-five years. He is considered a leading authority on public health and has written three books, including Whole Health: The Guide to Wellness of Body and Mind and The Truth About Breast Cancer.

A wellness consultant, nutrition and fitness expert for over 25 years, Joseph Keon is considered a leading authority on public health and is the author of three books, including Whole Health: The Guide to Wellness of Body and Mind and The Truth about Breast Cancer: A Seven-Step Prevention Plan. --Este texto se refere à edição paperback.

Anders E
5,0 de 5 estrelas Great and thoughtful book. If you plan to continue consuming dairy products - think again
Avaliado no Reino Unido em 21 de junho de 2017
Compra verificada
Fantastic book and a must read for people who are switching to a plant based diet. The book is focusing a lot on the United States, which is understandable. It would have been nice to get more information on a global perspective and comparisons between different countries but maybe in his next book. Myself, I quit milk after I put the book down and my family is going through the transition of phasing out dairy products from our diet, something everyone should do.
Ler mais
Informar abuso
Traduzir avaliação para Português

Warren Green
5,0 de 5 estrelas Deception: The Critical Element For Marketing Milk
Avaliado no Canadá em 19 de março de 2011
Compra verificada
I wouldn't necessarily have a problem with dairy products, if only they were relegated to the category of foods that includes chips, candy bars, pop, and all the other crap that most people recognize as crap, and collectively refer to as "junk food" at their local convenience store.

Unfortunately, due to the political clout of some of some of our "food" industries, [See Part IV of  The China Study: The Most Comprehensive Study of Nutrition Ever Conducted and the Startling Implications for Diet, Weight Loss and Long-term Health , "Why Haven't You Heard This Before?"] Canada's Food Guide has long been compromised to feature cow's milk, and products made from it, as an entire "food group".

Even seemingly well educated people can become so entrapped within the mindset of their upbringing, that if confronted by a disparaging remark about dairy products, they may simply respond, "But it's a food group!" Only fairly recently has the guide included alternatives to milk products. Still not fully disclosing and promoting the superior health advantages of a diet comprised mainly of whole unrefined plant foods. Especially by way of contrasting them to the deleterious effects associated with the consumption of conventionally produced dairy products.

There's a good quote at the beginning of chapter one that highlights the absurdity of human populations needing to ingest milk from cows for the duration of their lives. "It seems ridiculous that a man, especially in the midst of his pleasures, should have to go beneath a cow like a calf three times a day -- never weaned." Henry David Thoreau (Circa 1850)
Ler mais
6 pessoas acharam isso útil
Informar abuso
Traduzir avaliação para Português

5,0 de 5 estrelas Confirmed My Suspicions
Avaliado no Canadá em 15 de outubro de 2012
Compra verificada
After deciding to cut out dairy, the changes in my health were remarkable. This book will give you all the knowledge, statistics and resources you'll need to let everyone know what you already know - milk makes you feel sick, and now you know why.

Full of resources and heavily documented, this book reads like a peer reviewed journal with public appeal. I would encourage anyone who drinks milk, doesn't drink milk or who is simply curious, to check out this information. It's worth the read!
Ler mais
2 pessoas acharam isso útil
Informar abuso
Traduzir avaliação para Português

DivineAlkaline
5,0 de 5 estrelas Life changing
Avaliado no Canadá em 17 de outubro de 2012
Compra verificada
Joseph Keon had jam packed so much crucial information into this book that I wish more people knew about. People are brainwashed from kindergarten that dairy is the end all and be all to getting calcium and how good it is for you, when it's all really a big lie. This is a must read for anyone concerned about their health and not to mention the well being of cows.
Ler mais
1 pessoa achou isso útil
Informar abuso
Traduzir avaliação para Português
Visualizar todas as avaliações
Denunciar um problema
Este item inclui conteúdo inapropriado?
Denunciar
Você acredita que este item viola direitos autorais?
Denunciar
Este item contém problemas de qualidade ou formatação?
Denunciar