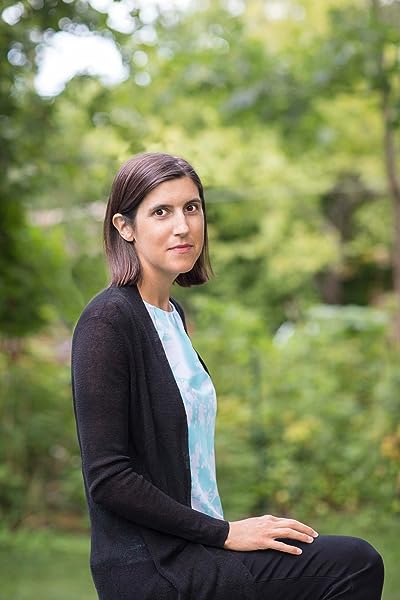 Curtis Sittenfeld is the New York Times bestselling author of the novels Prep, The Man of My Dreams, American Wife, Sisterland, and Eligible, which have been translated into thirty languages. Her short stories have appeared in The New Yorker, The Washington Post Magazine, Esquire, and The Best American Short Stories. Her nonfiction has been published in The New York Times, The Atlantic, Time, and Glamour, and broadcast on public radio’s This American Life. A native of Cincinnati, she currently lives with her family in St. Louis.


“The Prairie Wife” by Curtis Sittenfeld, excerpted from You Think It, I’ll Say It

The understanding is that, after Casey’s iPhone alarm goes off at 6:15 a.m., Kirsten wakes the boys, nudges them to get dressed, and herds them downstairs, all while Casey is showering. The four of them eat breakfast as a family, deal with teeth-brushing and backpacks, and Casey, who is the principal of the middle school in the same district as the elementary school Jack and Ian attend, drives the boys to drop-off. Kirsten then takes her shower in the newly quiet house before leaving for work.

The reality is that, at 6:17, as soon as Casey shuts the bathroom door, Kirsten grabs her own iPhone from her nightstand and looks at Lucy Headrick’s Twitter feed. Clearly, Kirsten is not alone: Lucy has 3.1 million followers. (She follows a mere five hundred and thirty-three accounts, many of which belong to fellow-celebrities.) Almost all of Lucy’s vast social-media empire, which of course is an extension of her life-style-brand empire (whatever the fuck a life-style brand is), drives Kirsten crazy. Its content is fake and pandering and boring and repetitive—how many times will Lucy post variations on the same recipe for buttermilk biscuits?—and Kirsten devours all of it, every day: Facebook and Instagram, Tumblr and Pinterest, the blog, the vlog, the TV show. Every night, Kirsten swears that she won’t devote another minute to Lucy, and every day she squanders hours. The reason that things go wrong so early in the morning, she has realized, is this: she’s pretty sure Twitter is the only place where real, actual Lucy is posting, Lucy whom Kirsten once knew. Lucy has insomnia, and, while all the other posts on all the other sites might be written by Lucy’s minions, Kirsten is certain that it was Lucy herself who, at 1:22 a.m., wrote, “Watching Splash on cable, oops I forgot to name one of my daughters Madison!” Or, at 3:14 a.m., accompanied by a photo of an organic candy bar: “Hmm could habit of eating chocolate in middle of night be part of reason I can’t sleep LOL!”

Morning, therefore, is when there’s new, genuine Lucy sustenance. So how can Kirsten resist? And then the day is Lucy-contaminated already, and there’s little incentive for Kirsten not to keep polluting it for the sixteen hours until she goes to bed with the bullshitty folksiness in Lucy’s life: the acquisition of an Alpine goat, the canning of green beans, the baby shower that Lucy is planning for her young friend Jocelyn, who lives on a neighboring farm.

As it happens, Lucy has written (or “written”? Right? There’s no way) a memoir, with recipes—“Dishin’ with the Prairie Wife”—that is being published today, so Kirsten’s latest vow is that she’ll buy the book (she tried to reserve it from the library and learned that she was three hundred and fifth in line), read it, and then be done with Lucy. Completely. Forever.

The memoir has been “embargoed”—as if Lucy is, like, Henry Kissinger—and, to promote it, Lucy travelled yesterday from her farm in Missouri to Los Angeles. (As she told Twitter, “BUMMM-PEE flyin over the mountains!!”) Today, she will appear on a hugely popular TV talk show on which she has been a guest more than once. Among last night’s tweets, posted while Kirsten was sleeping, was the following: “Omigosh you guys I’m so nervous + excited for Mariana!!! Wonder what she will ask . . .” The pseudo-nervousness, along with the “Omigosh”—never “Omigod,” or even “OMG”—galls Kirsten. Twenty years ago, Lucy swore like a normal person; but the Lucy of now, Kirsten thinks, resembles Casey, who, when their sons were younger, respectfully asked Kirsten to stop cursing in front of them. Indeed, the Lucy of now—beloved by evangelicals, homeschooler of her three daughters, wife of a man she refers to as the Stud in Overalls, who is a deacon in their church—uses such substitutes as “Jiminy Crickets!” and “Fudge Nuggets!” Once, while making a custard on-air, Lucy dropped a bit of eggshell into the mix and exclaimed, “Shnookerdookies!” Kirsten assumed that it was staged, or maybe not originally staged but definitely not edited out when it could have been. This made Kirsten feel such rage at Lucy that it was almost like lust.

Kirsten sees that, last night, Lucy, as she usually does, replied to a few dozen tweets sent to her by nobodies: Nicole in Seattle, who has thirty-one followers; Tara in Jacksonville, who’s a mom of two awesome boys. (Aren’t we all? Kirsten thinks.) Most of the fans’ tweets say some variation of “You’re so great!” or “It’s my birthday pretty please wish me a happy birthday?!” Most of Lucy’s responses say some variation of “Thank you for the kind words!” or “Happy Birthday!” Kirsten has never tweeted at Lucy; in fact, Kirsten has never tweeted. Her Twitter handle is not her name but “Minneap” plus the last three digits of her Zip Code, and, instead of uploading a photo of herself, she’s kept the generic egg avatar. She has three followers, all of whom appear to be bots.

Through the bathroom door, Kirsten can hear the shower running, and the minute that Casey turns it off—by this point, Kirsten is, as she also does daily, reading an article about how smartphones are destroying people’s ability to concentrate—she springs from bed, flicking on light switches in the master bedroom, the hall, and the boys’ rooms. When Casey appears, wet hair combed, completely dressed, and finds Ian still under the covers and Kirsten standing by his bureau, Kirsten frowns and says that both boys seem really tired this morning. Casey nods sombrely, even though it’s what Kirsten says every morning. Is Casey clueless, inordinately patient, or both?

At breakfast, Jack, who is six, asks, “Do doctors ever get sick?”

“Of course,” Casey says. “Everyone gets sick.”

While packing the boys’ lunches, Kirsten says to Ian, who is nine, “I’m giving you Oreos again today, but you need to eat your cucumber slices, and if they’re still in your lunchbox when you come home you don’t get Oreos tomorrow.”

She kisses the three of them goodbye, and as soon as the door closes, even before she climbs the stairs, Kirsten knows that she’s going to get herself off using the handheld showerhead. She doesn’t consider getting herself off using the handheld showerhead morally problematic, but it presents two logistical complications, the first of which is that, the more often she does it, the more difficult it is for Casey to bring her to orgasm on the occasions when they’re feeling ambitious enough to have sex. The second complication is that it makes her late for work. If Kirsten leaves the house at 7:45, she has a fifteen-minute drive; if she leaves at or after 7:55, the drive is twice as long. But, seriously, what else is she supposed to do with her Lucy rage?

Georgiana89
4,0 de 5 estrelas great individual short stories, but got a little repetitive as a collection
Avaliado no Reino Unido em 16 de setembro de 2018
Compra verificada
I generally love Curtis Sittenfeld’s books for their brilliant written style, relatable characters, and snapshots of the high life. But I was pretty disappointed with her previous offering Eligible, so I was excited to pick up this book of short stories and find her seemingly back on form. I devoured the first few stories, loving the insight into people’s lives and identifying with the various heroines. But then I started to lose momentum.

One of the first stories is from the point of view of Hilary Clinton, thinking back to her early years while standing for President. And in a way, she’s sort of the archetypal Sittenfeld heroine. Well-educated, driven, and groomed, but a little awkward in public and not always well-liked. It’s an archetype to which I can easily relate – as I suspect is the case for a lot of the author’s fans. I absolutely loved that Clinton story, but as the book went on, a lot of the story’s leads blurred into each other, like a collection of sub-Hilary figures. And their combined self-doubt, so-so marriages, and bad decisions, while interesting in isolation, started to feel a bit depressing when piled on top of each other.

I would absolutely recommend this to anyone who loves Sittenfeld’s other books, particularly Prep, or to anyone who identifies with some of the descriptors I’ve used here. She’s a fantastic writer and individually, they are nearly all strong stories. I’d just have liked to see either more variation or else fewer, more fleshed out stories.

Ivim
1,0 de 5 estrelas Didn’t enjoy it at all.
Avaliado no Reino Unido em 18 de junho de 2020
Compra verificada
This is definitely written by a middle aged woman who thinks wearing a skirt above the knee is too risqué. There’s nothing inherently wrong with that, obviously, but it’s just not my speed reading about how a very average one night stand is the craziest thing ever.

I find the stories to be pointless and drawn out for no benefit at the end. Just a boring book!
Forced myself to finish it only because I’d paid for it. Otherwise I’d of put it down after the first chapter.
Felt like I was reading Theresa Mays journal... where the craziest thing she’d ever done was run through a field of wheat.
0/10

GeordieReader
5,0 de 5 estrelas Curtis Sittenfeld’s best work to date
Avaliado no Reino Unido em 11 de janeiro de 2019
Compra verificada
This format really suits her style of writing. The stories are short, sharp, entertaining and thought-provoking. They all begin in a world you’d recognise but each one is surprising. In some, there’s a conventional twist but more often there’s a shift in perspective (sometimes quite subtle) that made me question how I’d related to the characters up to that point.
Ler mais
2 pessoas acharam isso útil
Informar abuso
Traduzir avaliação para Português

Chops0309
3,0 de 5 estrelas Just not for me
Avaliado no Reino Unido em 2 de julho de 2018
Compra verificada
This is a solid collection of short stories and there is no doubt whatsoever that Curtis Sittenfield is an incredibly gifted writer but the stories themselves just didn't elicit an emotional response from me. "Plausible Deniability" was my favourite of the stories but I would struggle to recall what the rest were about despite only finishing the book a month a go.
Ler mais
2 pessoas acharam isso útil
Informar abuso
Traduzir avaliação para Português